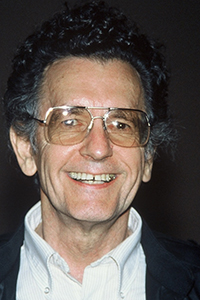 The fund will support a graduate student scholarship in the Department of Psychology at WMU.

If you would like to make a gift to the Dr. Jack Michael Graduate Student Mentored Scholarship Fund, but prefer not to share your personal information online, please download our printable giving form to send via mail.

Dr. Jack Michael’s most substantive contributions to the field of behavior analysis include:

He was one of the founders of the Association for Behavior Analysis International, and served as its president in 1979. Dr. Michael has received numerous awards for his achievements, including a distinguished faculty scholar award from WMU, distinguished teaching awards from the American Psychological Association and WMU, and lifetime service awards from ABAI and the Society for the Experimental Analysis of Behavior. In 2012, he was the first recipient of an award named in his honor by the Verbal Behavior Special Interest Group affiliated with ABAI. Dr. Michael retired from WMU in 2003, after 48 years of teaching.