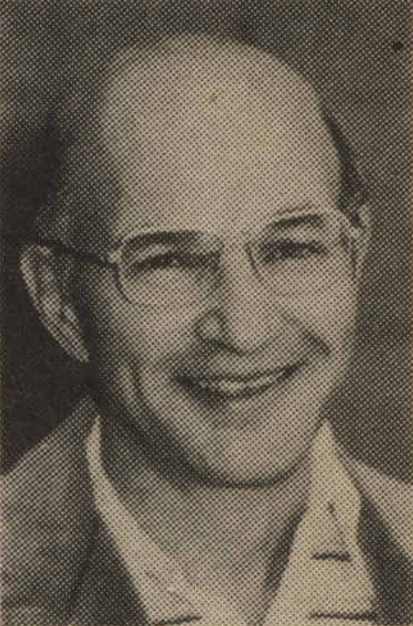 Lou Junker ranks highest among several outstanding professors I encountered at Western. His forte, as I reflect on the decades that have gone by, was challenging students’ conventional thinking and in so doing prompting introspection and examination of one’s own beliefs. In today’s idiom, Junker was empowering. He opened doors to critical thinking and self-confidence. But the corollary to the Junkerian approach was rigor. If you didn’t do the work--meaning reading the voluminous course materials--you were left behind, probably intimidated and eager for the semester to end.

My first encounter with Junker was as a junior in the winter of 1964. It was his economic development class. We discussed theories of how poor countries develop, books by Heilbroner and Walt Rostow, among others. Arriving one day at his cramped Sangren Hall office where books were stacked high, he asked how many books I read each week. Befuddled, I replied one or two, an answer that warranted no response except an offer of a reading program he would monitor. My take away: I was being taken seriously and given a push to become better.

Junker had courage and was willing to stand up for his beliefs, whether it was actually practicing economic development in central America, India and Mauritius, or as an activist protesting the Vietnam war. Lou Junker was an institutional economist, a disciple of Clarence Ayres who challenged classical and Keynesian theory by arguing that cultural and institutional factors were essential components of political economy. Lou was controversial. His views were so often at odds with prevailing sentiment that he was shunned by some faculty colleagues. John Homer, long-time economics professor at Olivet College who studied under Lou, recalls that conversations would stop and office doors close when Junker entered the economics corridor. “It was shameful,” says Homer, the way he was treated by colleagues.

Arguably Junker’s most painful experience during 20 years at Western was being dropped from the honors college because he wasn’t attracting enough students. His classes were too tough. This indignity was partially remedied in 1980 when he received the alumni association teaching excellence award.

Junker was a nutritionist who took on the big food companies saying they controlled the eating habits of the country. “We’re overfed and under-nourished,” he said, “and eating ourselves to death.” He was a runner and fitness enthusiast long before they became popular.

Tragically, Lou Junker died at age 54 of a heart attack in 1981. His memorial in the People’s Church attracted such a large turnout that the mourners spilled into the hallway and the vestibule.

Lou Junker believed strongly that technological progress was critical to economic growth. Does it follow that he would be a technophile and Silicon Valley enthusiast? Possibly, but it is equally likely he would be critical of its power and advocate more regulation. Would he support leftists who shut down their brand of hateful speech and views they oppose? On this I have no doubt. He would stridently condemn all attempts to limit free speech. Lou Junker championed critical thinking, which can’t exist without open inquiry.

Appropriately, one of Junker’s three children, Kalamazoo raised Lou junior, is a PhD biologist at a leading bio-tech company in Colorado.