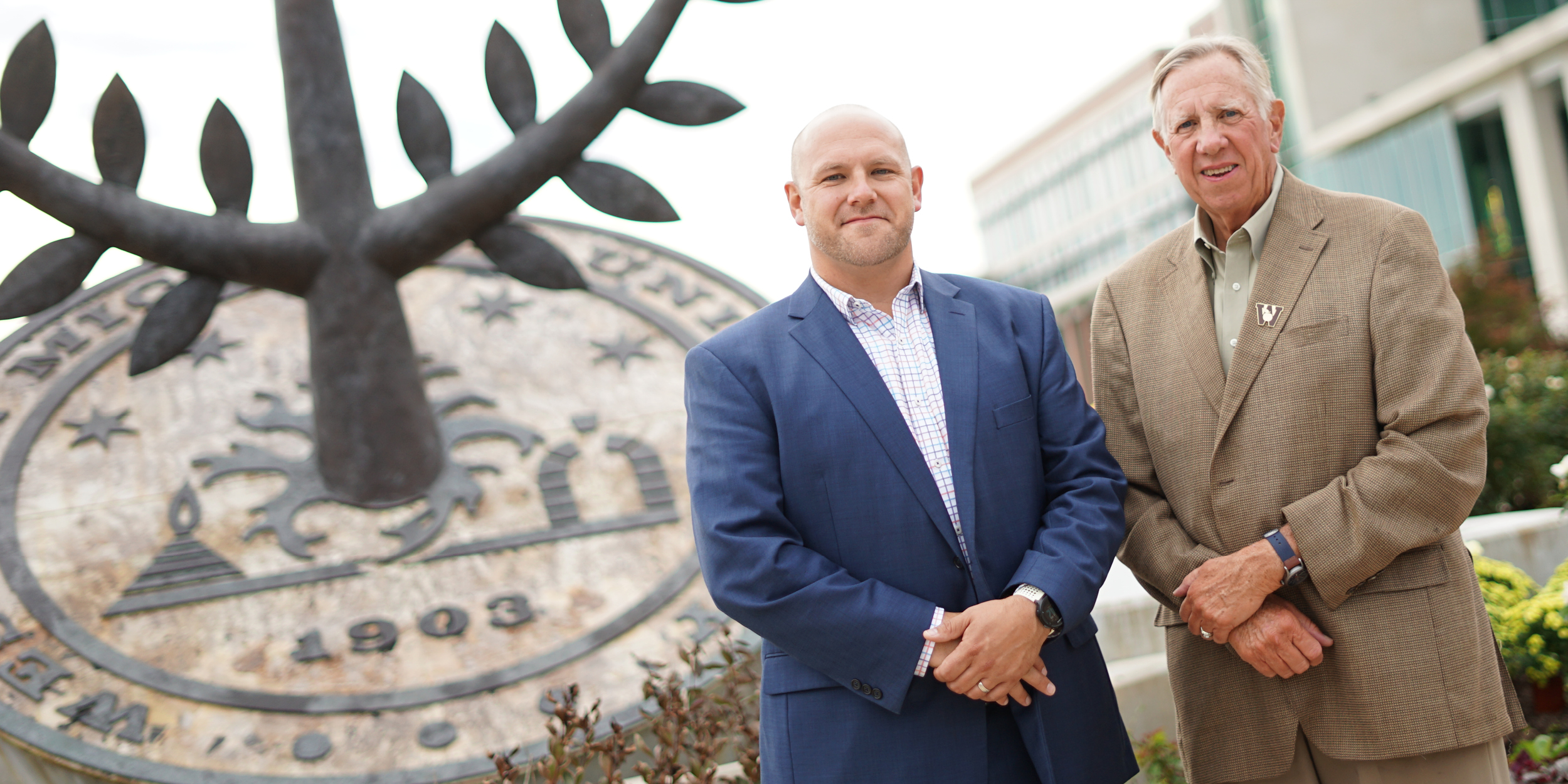 Not everyone wants to follow in their father’s footsteps, but sometimes it ends up happening whether you intend it to or not. Dr. Paul J. Misner, former Superintendent of Glencoe Public Schools in Glencoe, Illinois and Distinguished Professor at Western Michigan University, began a line of passionate educators that produced a second and third generation of Superintendents in his son, Dr. Craig Misner, whom served as Superintendent of Hopkins Public Schools, Parchment School District (PSD) and the Kalamazoo Regional Educational Service Agency (KRESA), and his grandson, Jason Misner, current Superintendent of PSD.

Jason (M.A. ’11, education leadership) became Superintendent in 2018 at 35 years old after serving seven years as a teacher, three as an athletic director and assistant middle school principal, and two as a middle school principal in PPS. Jason grew up in Parchment and saw his father serve the district, so he is honored to have the opportunity to give back to the community in this way. “I’ve got big shoes to fill here,” he said of serving in the same role his father once held. “My father is a great man, a great father, and a great educator – in that order of importance. To be at a place where he was means a lot to me.”

He says it comes up every day that people knew his dad or worked with him. “He’s left a lasting legacy here that won’t go away. I try live up to his standard and while I can’t ever fully do that, I strive to do my own things and do them as well as I can.”

Craig says of his son’s accomplishments, “I’m most proud of what he is as a person, what kind of character he has. He’s a good father and a good person. He has goals and he’s willing to pursue those. He’s never been afraid to take on challenges.”

Jason’s primary goal as Superintendent is to provide an equitable education to all children by meeting them where their needs are and removing any educational barriers that might stand in their way. Being a Superintendent is a complex and multifaceted job and he’s still learning how to best leverage his role to create that environment of equity.

Helping him along the way are professors he formed relationships with during his time at Western – Dr.’s Brett Geier, Sandra Standish, and Dennis McCrumb. “The professors I had were either retired or currently working in the field and that is invaluable. It prepared us for having real life experiences. The experiential learning I’ve done in the past 18 months has been huge and I still call on them and they still help me to this day,” Jason shared. He plans to pursue a PhD in education leadership in the near future.

Jason’s grandfather, Paul Misner, grew up in Otisville, Michigan as one of ten children. He went to Eastern Michigan University to earn a degree in teacher education, earned a Master’s degree and a PhD in school administration from the University of Michigan. At age 35 he began serving as Superintendent of Glencoe Public Schools for 30 years from 1935-1965 and was president of the American Association of School Administrators from 1956-57.

When Jason’s father, Craig (B.A. ’69, secondary education; M.A. ’73, education leadership; Ed.D. ’84, education leadership), came to Western Michigan University in 1965, he came to play baseball. He was proud to be the son of a Superintendent but wanted to take his own road. His father encouraged him and taught him that whatever you do, you should do it well. Paul had some connections at Western from his time as Superintendent and followed Craig here to join the education faculty, where he stayed until his retirement in 1970. Craig’s mother and Jason’s grandmother, Betty, a long-time teacher herself, took a position at University High, the College of Education’s lab school which was located on East Campus at the time.

Craig pursued his dream of pitching for the Chicago Cubs until his Junior year when a shoulder injury made him realize his dream probably wasn’t going to come true. Forced to choose another path, he looked to education.

Craig’s father, Paul, taught him to have good people around him, so that was a priority in all his positions. Looking back on his career, he’s most proud that everywhere he worked, he and his team were always able to move things ahead in a positive direction and do good things for kids. “If you can’t go into a year and say, ‘What can we do better?’ then you’re not doing a good job,” he explained.

Upon retirement, Craig came back to WMU to work as an adjunct professor for several years before working with the Michigan Leadership Institute where he helped train and place Superintendents in Southwest Michigan. “I bleed brown and gold,” Craig shared. “I felt like I had an excellent experience at Western all the way through.” He was awarded the Golden Apple Award in 2005 by the College of Education and Human Development. A pretty good life’s work for someone who didn’t think he’d go into education!

Oddly enough, education wasn’t Jason’s first choice either. He started out majoring in business management with plans to make lots of money, but around his sophomore year he realized he didn’t feel fulfilled and also made the switch into education. His parents had modeled servant leadership so well it felt natural to follow in their footsteps. “Watching my parents their whole lives be servant leaders, seeing that passion and seeing them put others before themselves has had a huge impact on me. What I learned from my parents most importantly is that relationships are the key. It’s all about people, how you treat people and what impact you can have. At the end of our time here, it’s not going to be about how much money we have, it’s going to be about what impact we have.” With many years left to go in his career, it’s certain Jason will be able to look back on his career with similar feelings of pride. We can’t wait to see what he is able to accomplish!

The big question now is whether there will be a fourth generation of Superintendents in the Misner family. Jason shared his son recently reflected to him that since both his father and his grandfather had been superintendents he probably should be one too, but that his older sister would probably be better at it than him. For Jason, it’s not about what his kids decide to do when they grow up, it’s about the kind of people that they are: “what matters to me is how they treat others and how they serve.”

When asked whether he thinks another Superintendent is in the cards, Craig responded, “I wish they would all be good people and get a good education and go where their passion takes them. And I would be extremely happy, and wouldn’t be surprised, if some of them go into education.”

We’ll hold a place for them here at Western, just in case they’re interested!