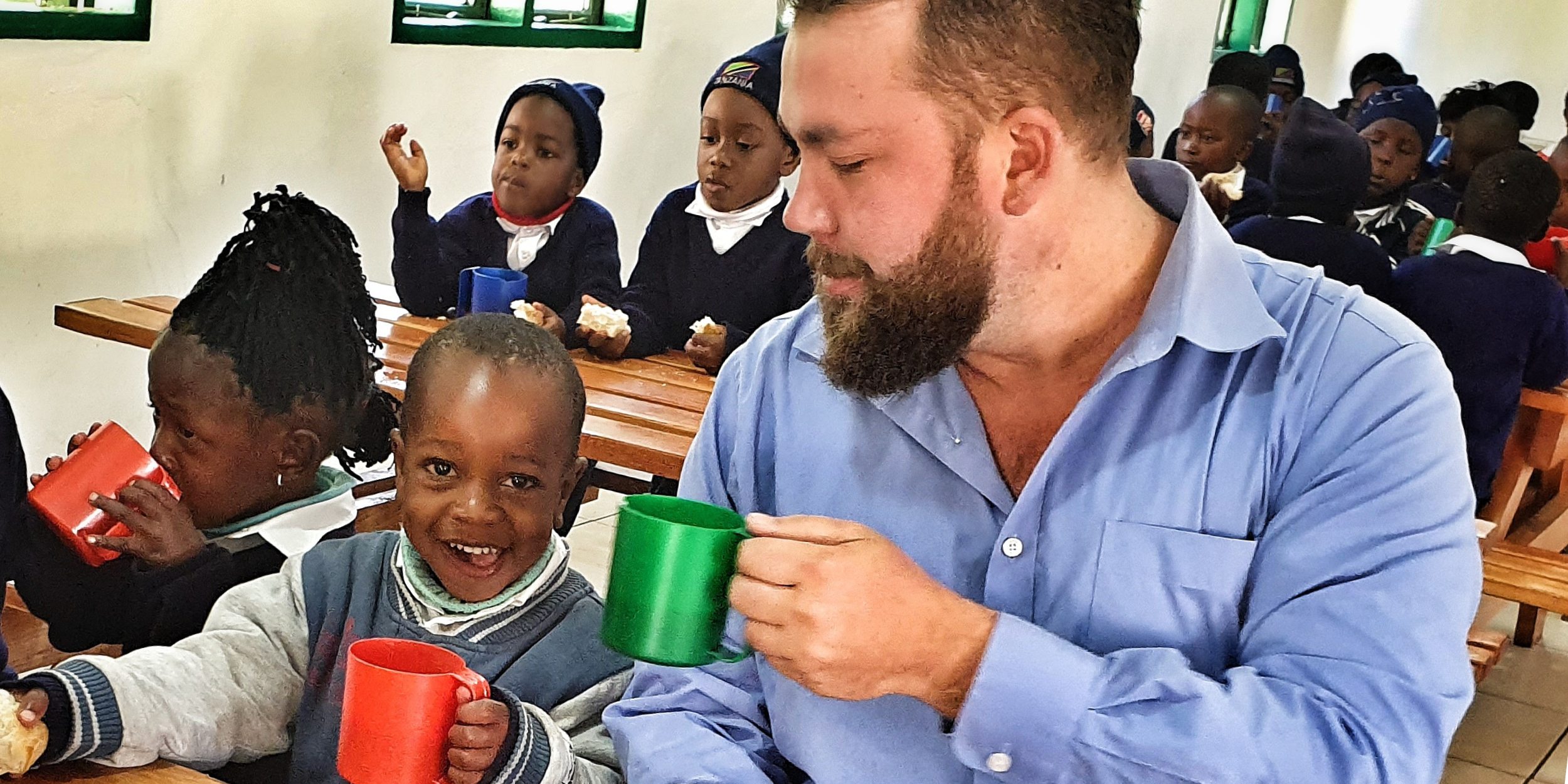 When Matt Van Dis (B.A. ’11, secondary education) graduated and took his first job as a para-pro he thought he’d made a terrible mistake. The job just wasn’t for him and he didn’t think he was going to enjoy being a teacher. So, he put together an application for the Peace Corps.

Van Dis headed off to Rwanda in 2012 where he served as an education volunteer. He spent his time teaching English speaking and listening skills in a rural government school and helped out with some local health projects. When he returned home at the end of his two years, he felt drawn to work abroad again and after a lot of searching, he found a job as an elementary teacher at the Iringa International School in Tanzania. When he arrived in 2014 at the small school of about 100 students, he immediately fell in love with the students, the community and the work.

Iringa is a mid-size town about ten hours away from Tanzania’s country center. The school utilized International Baccalaureate (IB) curriculum and attracted an international staff of teachers and student body. As a teacher of 20 students in a split 5th and 6th grade classroom, he discovered that he actually really enjoyed the age group. “My degree had been in secondary education and that’s where I saw myself working and teaching, but I definitely think the elementary setting was a better fit for me. I liked having small class sizes and having the challenge to incorporate technology into a setting that was, in a lot of ways, behind where we are here in the States,” says Van Dis.

After two years, he became the program coordinator for the IB primary curriculum and during his fourth year at the school he was promoted to Head of the Primary School. He was now managing the curriculum and meeting one-on-one with all the teachers in the primary school to ensure they were correctly implementing the IB curriculum in addition to his teaching responsibilities. He was successful at his work and wasn’t planning to make a move when he received an offer out of the blue in 2018 to join Unilever Tea Tanzania Ltd as their School Development Manager.

The international company, Unilever, has an estate in Tanzania where they grow tea in a remote part of the country. In order to attract and retain employees in this remote location, they opened a school on the estate in 1994. They were looking to fill a recently vacated position and someone had given them Van Dis’ name. In this role he’d be overseeing the day to day operations of both the primary and secondary school in addition to focusing on long term strategy to develop the school including increasing building enrollment, and resource and facilities development. It sounded like a great opportunity, so he took the job.

His new school was a little larger with 165 students, and was a national school, meaning all the students and teachers were Tanzanian and the school ran the national curriculum. During his time with the school, he is most proud that he was able to implement a teacher observation and evaluation policy which gave the teachers a place to have conversations about their teaching and improve through professional development.

Unfortunately, Van Dis’ time at the school was cut short. In 2019, he applied for his fourth work permit and was denied for the first time by the Tanzanian government. “It’s becoming increasingly difficult for foreigners to work and stay in the country,” he explained, “but it still came as a shock. I felt like my work wasn’t done at the school. There’s a lot more to do there. We were working on renewing my permits again and it just didn’t work out that way.”

He’s now hoping to take a passion he found during his work in schools abroad and move into the world of education technology. “Technology is the great equalizer. It’s something I saw firsthand at both the schools where I worked in Tanzania. It didn’t matter if we only had 200 books in our library that were all from the 1980’s, we could log onto the computer and get current information. However, it can be incredibly distracting and detrimental to a kid’s education if it’s not used correctly, so I’d like to shift over to the ed tech world to ensure technology is being implemented well.”

Van Dis’ story shows how the path of following one’s passion can be winding. He offers this advice to anyone still working towards their degree: “It’s okay if you don’t have it figured out yet what you’re going to do. When I graduated and started working, I did not like the job and that’s what led me to the Peace Corps. And it’s funny because in a roundabout way, that’s what led me to falling in love again with education. Allow yourself to be open to possibilities. If you think something sounds interesting, then explore that! And if you find out it’s not, then move on and try something else until you find something that fits and works for you.”