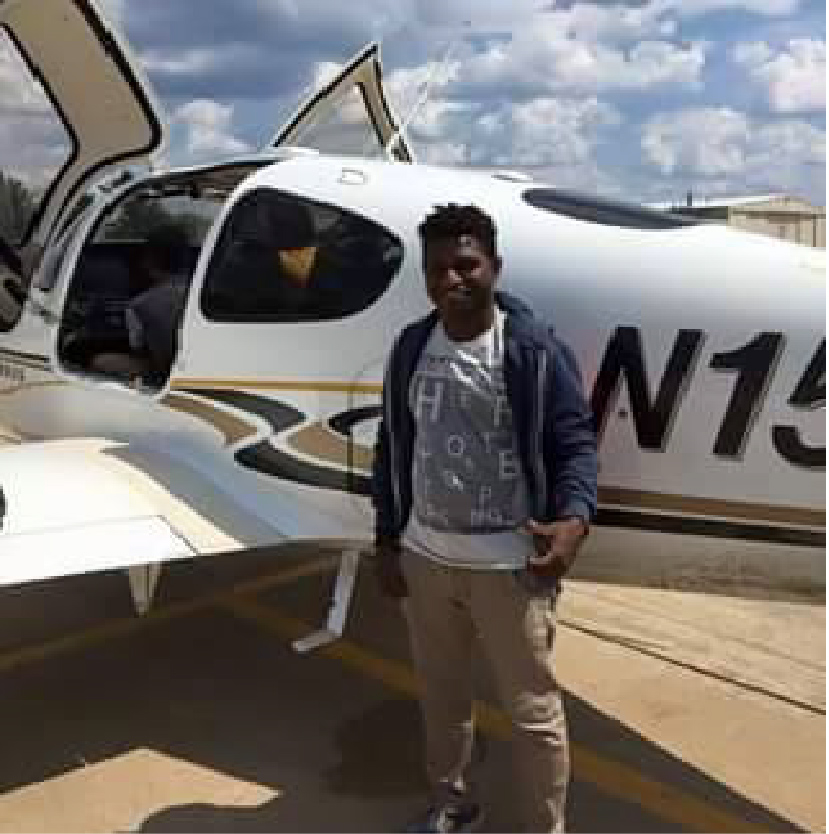 In every location on the planet, word-of-mouth is the best form of advertising and the most effective way to spread a message.

On the other side of the world, that's how Tommy Pagawak ended up at the WMU College of Aviation. His home nation is Indonesia, which consists of a cluster of large islands off the mainland of Southeast Asia that touch both the Indian and Pacific oceans. Names such as Sumatra, Java, Borneo, Bali and Timor would be familiar to most Americans.

In Tommy's case, he's based in New Guinea, specifically the western province known as Papua. His home community is Sentani.

Serving that part of Earth is the Sentani International Airport near where he lived and the Papua Adventist Academy where he went to school.

As a student in junior high, he frequently came in contact with pilots who were on missionary flights for the Mission Aviation Fellowship (MAF). One of them was Phil Nelson, an alumnus of Western's College of Aviation. His counsel sent Pagawak on a long voyage to pursue a career in a place called Kalamazoo.

Pagawak is on target to complete his studies in the spring of 2020 with a major in communications and a minor in aviation flight science "if everything goes smoothly." And so far it has, with only a few bumps in the road.

Put yourself in his shoes -- coming to the United states from a country that is not exactly a mirror image of his roots. Plus, English is his second language.

Boosted by the Western Michigan University Center for English Language and Culture for International Students based in Ellsworth Hall, Pagawak found faculty and staff members who understood his challenges. Without their assistance and care, he believes, he would not have been as successful at the college level. "All these people shaped and prepared me to be who I am right now," he says. "Any success I have would not be realized without their investment in me as an international student."

Pagawak says he even had another ace in the hole in Sharon Van Dyken, the college's director of academic advising. "She is the best," he says. "She is someone whom I can always talk to when I have a hard time with my classes. She is such a caring and understanding person."

Imagine being an Indonesian citizen and then being introduced to the Bronco Bash – the annual event bringing over 450 vendors and student organizations, attended by over 20,000 people. Yet it was all good for Pagawak because "The Bash" remains among his favorite memories of Western.

That and the camaraderie he senses in conjunction with his fellow student pilots who come from all over the country and -- like him -- from around the world. "We have been shaped into one family," he says. "It does not matter where you come from. You are a Bronco.

"WMU is like a home because everybody is so welcoming even though we are diverse," Pagawak says. "I have learned so much because we come from totally different cultures, backgrounds and ethnicities. All this is how the College of Aviation is perceived from other campuses as being unique in the United States."

Pagawak acknowledges that, while now it's a strength, the cultural divide at first loomed as a major barricade because "I started from nothing." Which is something akin to that which tries to kill you makes you stronger.

No doubt, he says, his lack of fluency in English posed a problem that he was helped to confront at the center in Ellsworth Hall. Those fine folks came to his aid when instructors spoke faster than his pace of comprehension then allowed. "Now I am proud of myself. My English is improving. Learning is always a process."

In Pagawak's eyes, Nelson, the missionary pilot, was also a true believer in the WMU College of Aviation. For him, it is the best program of its kind in the nation. His Indonesian recruit is a convert to that zeal.

Because he comes from a religious family, Pagawak had its blessing for him to embark on such a remarkable journey. "They have always prayed for me," he says. "I remember the day I departed from Papua, my parents told me that, God willing, they will see me in America one day."

With Nelson's inspiration and his own personal dream, Pagawak took the first step toward a career in aviation. Along the way, he's embraced a few words of wisdom:

• Everything is possible if you believe in your dream.

• Everything starts with an inner imagination, but it always must be followed by action.

• Nothing is going to stop you from pursuing your dream except yourself.

• Do not ever underestimate someone else because his/her journey is not my own.

His advice to those who might follow him from other nations is to accept that the transition will bring challenges. "But do not worry," he says. "As time goes by, things will work out, especially if you are willing to get involved and to take yourself out of your comfort zone."

Regarding his own future, he sees himself as a next-generation Phil Nelson -- a missionary pilot with an intent to help the villages of Indonesia that he knows.

And there will probably be a WMU pennant and a College of Aviation blanket in full view wherever he calls home.