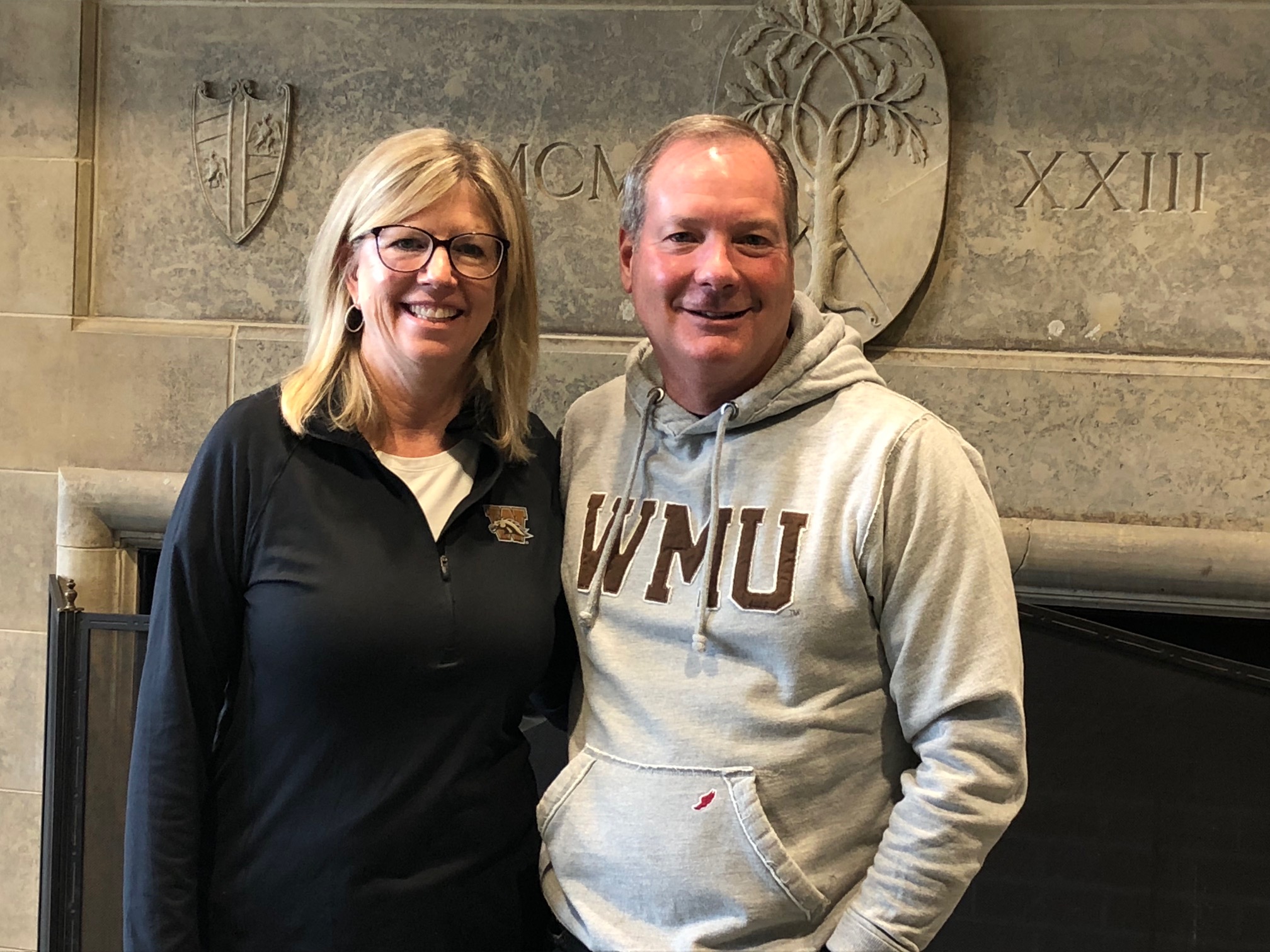 Rob Vaughan knew he wanted to give back, and he knew he wanted to help a student succeed at Western Michigan University. Connecting with WMU’s Alpha Program and speaking to students involved with it became his inspiration to establish a scholarship, and now Rob knows exactly how his philanthropy is making a difference in someone else’s life.

The story begins in 1985, on a fall morning, when Rob was a senior at WMU. He woke up and realized he wasn’t going to graduate on time and decided to seek help from an advisor. That advisor got Rob back on track with a course schedule plan, and the next semester, Rob received his degree and entered the tech world.

As an alumnus, Rob admits he struggled with academic motivation when he was student.

“Without a degree, you’re very limited on entry level jobs,” Rob said. “I just feel so grateful that the school had the right people in place to look at someone like me, and say ‘I can help this kid.’ They saw something in me that I didn’t even see in myself at the time, and that’s the kind of student we want to help.”

After graduating, Rob continued to pay attention his alma mater, but wasn’t intricately involved with the University. He’d watch bowl games and follow other athletic teams, take a drive through campus when visiting Kalamazoo, read about University news that interested him, but he never really took a closer look. It was after a WMU staff member connected him with the Alpha Program that Rob decided he wanted to do more.

The mission of the Alpha Program is to help first-year students develop the skills, behaviors, and attitudes that lead to college success. Upon enrolling at WMU, Alpha students become part of a community with their peers, student mentors, and supportive faculty and staff. In 2017, the program served more than 200 students and saw over 90% first semester retention rate, signaling its success.

The program appealed to Rob, because he felt it resonated with his own personal experience as a student, so he came back to campus, spoke to some Alpha students, and encouraged them to get their degrees. His involvement showed them a road map for success, despite some challenges academically. This lead to supporting the program through contributions, which started small, but grew over the years.

“After my first few contributions, I began to get emails about specific students who couldn’t afford their books or needed extra money for tuition, and that I could help this particular student succeed,” Rob said. “I don’t even know who this person is, but if they can’t afford it, I want to help.”

It was then that he realized he could have a direct impact on another person’s future by donating to a higher education institution, and sat down with his wife, Cindie, to talk about doing more.

“The idea that I could channel a gift to something I believed in and that it could be meaningful to a specific student really appealed to me,” Rob said. “There are a lot of great causes out there, but it can be impersonal. I know exactly what my gift is doing for the Alpha Program.”

Rob and Cindie decided to create the Vaughan Family Alpha Scholarship, which is awarded to a student who is finishing their first year in the program to encourage them to keep working hard in and out of the classroom.

“I really love the idea of getting past the first year and getting a little push for the second year,” Cindie said. “College is hard. That extra help can show that you’re not alone and that someone cares about you. It feels good to know you’re helping someone.”

Rob graduated in 1986 with a Bachelor of Science in Business Communication. He is currently President of CRM Workforce Solutions in Indianapolis, where he lives with his wife Cindie.