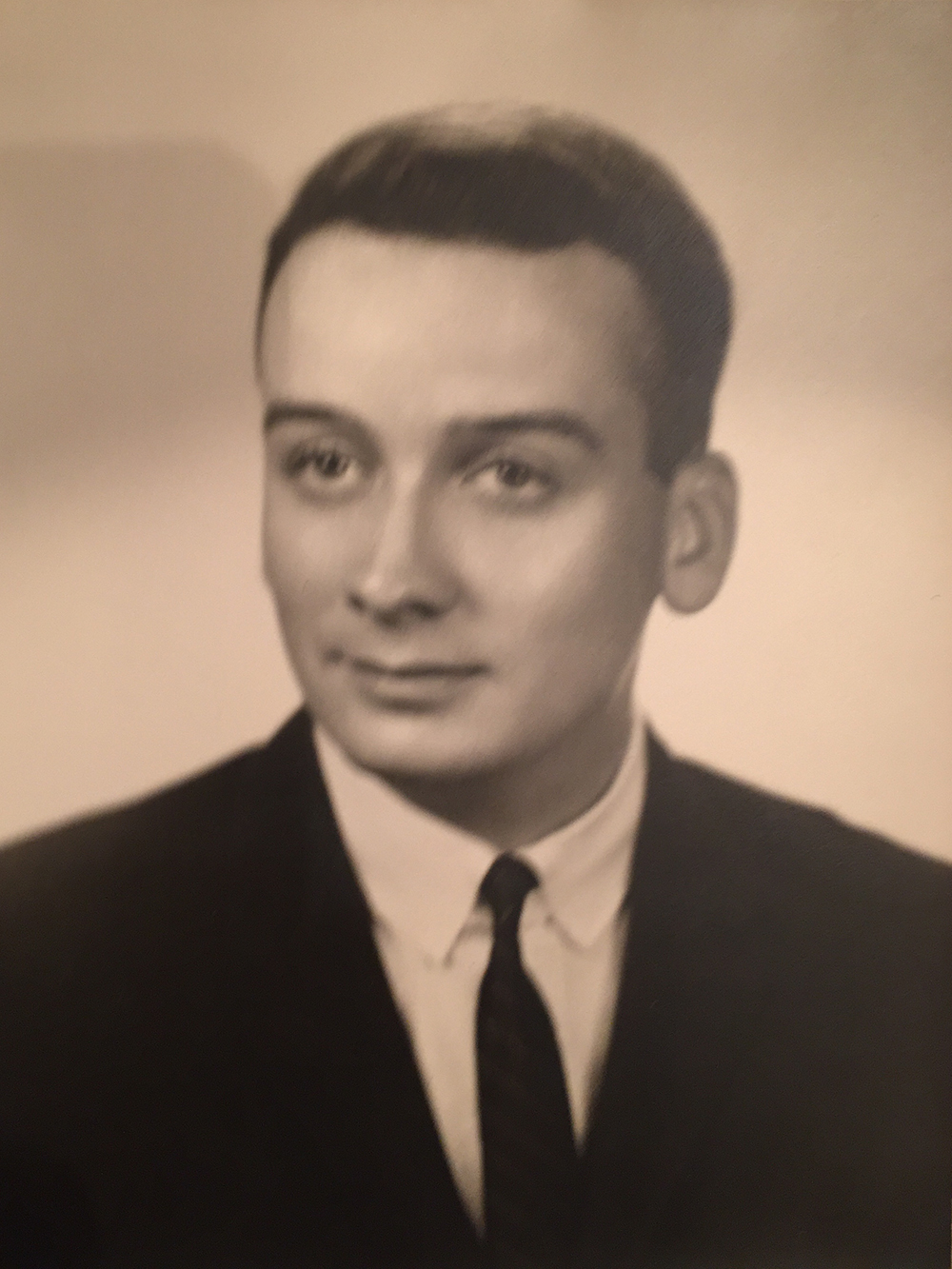 Richard Love (B.B.A.’61, Economics) came to Western Michigan University on a scholarship he was awarded by a businessman from near his home town. To give back, he’s established a bequest for an endowed scholarship in the College of Arts and Sciences to help students who are both academically deserving and in need of financial assistance.

“I was a scholarship boy with need and I wanted to give back,” Richard said. “I did it to brighten their life as well as others. It will hopefully create a perpetual effect in this regard.”

He also believes the scholarship will lead to betterment for the University and the individuals who receive it.

“It’s a plus-plus situation,” Richard said, “and fortunately I am able to do it.”

Richard grew on Mackinac Island for the first 11 or so years of life. His parents were both immigrants from Northern Island who owned a general store. Richard’s mother was a CPA who managed the accounts and his father, who had been a prizefighter and professional boxer before becoming a grocer, ran the store.

When it was time for Richard, whose family had moved to Berkley, Mich. by the time, to go to college, he toured several schools. After seeing Western with his father, he felt it was the right fit.

“I went home and told my mother how impressed I was with the campus and the city,” Richard recalled. “I just had a feeling it would fit, and somehow it did. I remember looking out (over Kalamazoo) from Old Campus and it was just awesome.”

The summer before arriving at WMU, Richard was working odd jobs for the City of Huntington Woods when he learned he would be receiving a sizable scholarship from a local businessman. George Higgins was an ex Lieutenant Governor who owned an auto dealership in Ferndale, Mich. Richard took the bus to Ferndale to learn that his room, board, tuition and books would all be covered.

During his time as a student, Richard played on the golf team and even won the intramural billiards championship. He studied economics as a major, which was a business program before moving to the College of Arts and Sciences, and minored in speech and drama while working in the Walwood Student Union and at a cafeteria on Burdick Street. He also forged many connections with fellow students and professors, namely, Dr. Kykendall, a speech professor who made Richard’s time enjoyable.

After graduating, Richard ran into a friend who had just been accepted into the All State Insurance Management Program and suggested he should apply. After working in sales management at All State for several years, Richard was approached by a private firm that specialized in large and international accounts. He rose to Vice President and was the head of international accounts and also worked on the General Motors account. It was a colleague at GM who suggested Richard look into a new company that produced radio antennae for automobiles. The up and coming company needed a sales representative and Richard turned out to be the man for the job, being named GM Supplier of the Year for three years in a row. He retired from the company at 70 years of age.

After retiring, Richard combined his love for history with his knowledge of speech and drama to become a docent for the Henry Ford Museum and Greenfield Village in Dearborn, Mich. Today, Richard keeps tabs on his four grandchildren, one if which is a current WMU student, and is happy to talk of his pride for their accomplishments. In his spare time, he still likes to golf, watch “probably too much” T.V., and go antiquing.