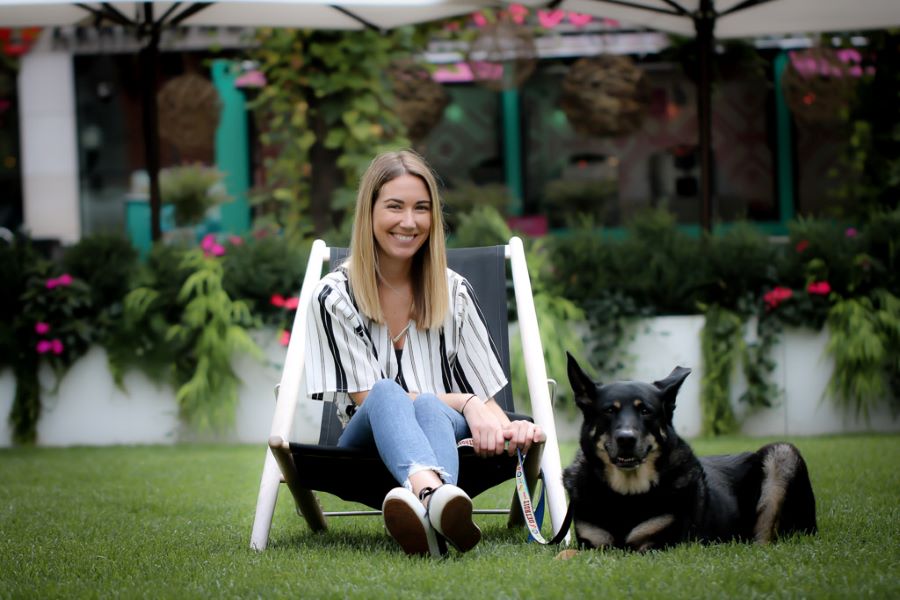 Dogged is one way you could describe Jamie Judson (B.B.A. ′11, Advertising and Promotion). Enthusiastic is another, because this Western Michigan University alumna has also shown great passion and joy when it comes to running City Bark, downtown Detroit’s first pet supply store.

In 2014, Jamie founded City Bark as a dog boutique primarily focusing on unique accessories, locally made treats, gift items, and home décor. An avid animal lover, she grew up in a small business-owning family. “After graduation I moved back to Metro Detroit. While I was working in a job doing SEO (search engine optimization) for a local agency, I went on vacation with my family and discovered a pet boutique,” she said. “I had never seen such a unique shopping experience despite pets being such an important part of our lives. It sparked an interest in me and it was something I just knew I could be successful at.”

When it came to establishing and growing her business, interning with what’s now known as the Southwest Michigan Small Business Development Center or SBDC through WMU’s Haworth College of Business during her senior year gave Jamie a leg up. “That internship eventually led to a full-time position with the SBDC, where I worked in the Macomb County office and attended the Academy of Professional Small Business Consultants at Grand Valley State University,” she said. “Having this experience was definitely beneficial when starting and managing my own business.”

At the SBDC, it was Regional Director Tamara Davis, and Buffy Nespodzany, assistant director of Employer Engagement, who Jamie mentioned went above and beyond for her.

“They not only gave me a great internship experience, but also made sure I was successful post-graduation,” she said. “When I landed my first interview, the three of us sat in a conference room and did mock interviews. Even after I graduated, they continued to check in and provide career guidance.”

As far as professors who particularly left a mark, Jamie singled out Miriam (Mimi) Coleman, Master Faculty Specialist Emerita of Business Information Systems. Dr. Coleman taught business communication courses for 16 years at Western. (She also happened to earn her Bachelor of Arts in History, Master of Arts in Counseling and Personnel, and a Doctor of Education in Educational Leadership from WMU.)

Before officially becoming a Bronco, Jamie applied to more than 10 colleges across the country. “My aunt is a Western alum, and she suggested we visit Kalamazoo for the weekend,” she said. “I liked the size of the campus, and it was just the right distance from home. I decided, right then and there, I would attend Western in the fall.”

Jamie started out in the business college, but after about a year, decided to pursue her interest in animals. She switched her major to biomedical sciences with the goal of attending vet school. “After a year of bio, I was reminded that math and science aren’t my strengths,” she said. “I switched back to business, and chose to pursue advertising and promotion, knowing that I would somehow work with animals in the future.”

That decision to study advertising and promotion was fortuitous. After graduation, Jamie got a job in SEO (she is still an SEO supervisor at Razorfish), a useful skill to have in her marketing tool chest as a small business owner. Today, the City Bark website competes with the likes of Nordstrom, Martha Stewart and other large sites.

For her brick-and-mortar location, Jamie first found space in a family member’s building in Grosse Pointe, and a couple years later, decided to move both herself and her storefront to downtown Detroit. Residents of Detroit had previously been taking their pets to the suburbs (15-plus miles away) for high-quality food, veterinary care and grooming services.

In 2017, City Bark filled the pet store void, offering the City of Detroit the best in natural dog and cat foods, treats, toys, accessories, and other convenience items. Soon thereafter, it became clear to Jamie that her customers also needed access to full-service grooming. She began setting aside capital and planning for this expansion, but COVID-19 derailed her efforts. 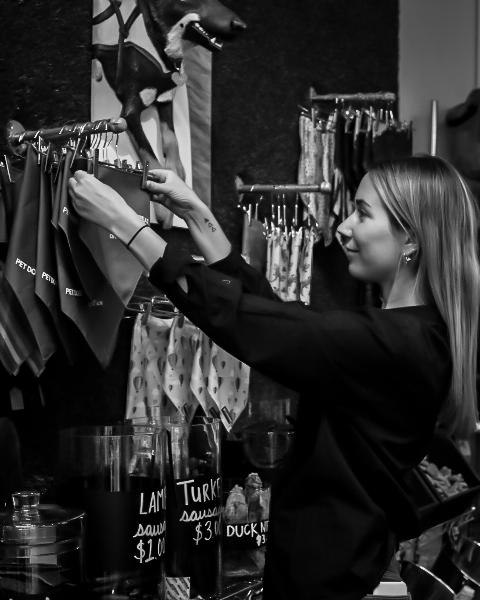 While Jamie had to use the funds designated for City Bark’s grooming services for a pandemic safety net, she refused to throw in the towel. This persistence led her to enter Rocket Mortgage’s Detroit Demo Day, a competition that awards over $1 million each year to early-stage companies.

“I had to do everything I could to make sure City Bark made it through COVID,” Jamie recalled. “I had 60 seconds to pitch my business to three judges to obtain a $50,000 grant. I pushed aside my fears of public speaking, crafted the perfect pitch and was able to secure the funds for my business.”

Thanks to winning this grant, City Bark now has a dog and cat grooming salon, as well as a self-serve dog washing station. They’ll even pick up and drop off furry friends if owners can’t get there. With the ultimate goal of being a one-stop shop for pet owners in Detroit, City Bark also holds vaccination clinics, obedience classes and adoption events.

Most recently, the store was awarded “America’s Coolest” Pet Business by Pets+ Magazine.

It’s one more feather in the cap for this former first-gen grad. “Up until a few years ago, I was a first-generation college graduate. My mom got her bachelor’s degree from Central Michigan University at the age of 51,” Jamie said, “so we became rivals!”

Do you have an alumni success story to share? We’d love to hear it! Submit your stories at WMUalumni.org/YourStory.