Alumna Lisa Fishman isn’t at a Loss for Words 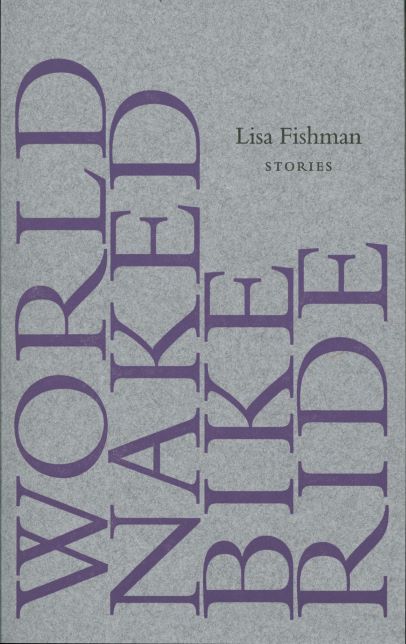 While this latest book is a particular point of pride for her, Lisa remains grateful for the opportunity Western Michigan University gave her to nurture her writing from both a creative and literary perspective. She decided to come to the University after earning her bachelor’s degree in English at Michigan State.

“I knew that the creative writing faculty was very strong at Western, but I also knew that the department was rich in literature scholars and teachers, such as those who taught me: Professors Elise Jorgens, Kathryn Joslin, Seamus Cooney, Daneen Wardrop and Stephanie Richardson,” she said. “At that time, Western did not yet offer a Ph.D. in English, but the M.F.A. there offered the best of both worlds: creative writing and literary study.”

Lisa currently directs the M.F.A. Program in Creative Writing at Columbia College Chicago. She grew up in the Detroit area and Leelanau County with frequent crossings to Montreal, and now divides her time between Wisconsin and Eastern Canada. This “divide” is a thematic element she explores in her writing.

“Entwining an exacting attention to language and impression with seemingly plainspoken narrative, the 40 stories of World Naked Bike Ride often achieve the cadence of old-world fable, drawing the reader across porous boundaries—between people, times, places, selves, and even between reality and unreality,” Gaspereau Press wrote about Lisa’s debut fiction collection.

“The stories connect with my Montreal and Nova Scotia experiences, as well as the Midwest and farm rhythms,” she added. As a dual U. S./Canadian citizen, it meant a lot to me to have my fiction collection published in Canada, especially since I wrote many of the stories in Nova Scotia during the pandemic lockdown in the winter of 2021.”

Here’s more on how WMU helped shape this author’s writing and academic journey:

What was a formative experience you had as a student that continues to influence you today?

Very much of what I experienced at WMU was formative, largely because of the faculty’s dedication to literary texts and close reading. Because of their love for their subject, they created an environment in which reading literature and writing felt meaningful, whether one was writing a paper on John Milton or one’s own poetry. I was also influenced by one professor’s practice of reading one or two poems out loud at the start of every class. This was the poet Bill Olsen, who would bring into the M.F.A. Workshop a sampling of books by contemporary poets for us to look through on break. Hearing him read an unknown poem every week made a deep imprint—it helped me as a poet and as a teacher.

Another formative experience I had as a student was the welcoming feeling created by the English Department and the strong sense of community within it. When my cohort of M.F.A. students first arrived on campus, there was a reception for us at a faculty member’s home, attended by almost all English professors. There was incredible food and real conviviality; in fact, as simple as it sounds, the presence of food and refreshments was a unifying and festive element at all department meetings and events.

As the Director of Graduate Studies in my own department, I have tried to live up to the standard of collegiality and community set by WMU.

Tell me about any professors or staff members who left a mark or went above and beyond to help you succeed.

WMU seems extraordinary in this regard. Many English professors took the role of mentor very seriously and went way above and beyond classroom teaching to help students grow and succeed. I could name several, including Shirley Clay Scott, who was then the department chair, Kathryn Joslin, who invited me to assist her with the Edith Wharton conference in Paris, and Stephanie Richardson, from whom I rented a room in the Vine Street neighborhood. Obviously, my primary poetry teachers, Bill Olsen and Nancy Eimers, had a huge role in my development as a poet, and Herb Scott paved the way for me to become an author, by soliciting my first poetry manuscript for publication on New Issues Press after I completed my M.F.A. On a very deep level, I would especially like to acknowledge Elise Bickford Jorgens, from whom I learned about Milton and Spenser and a great deal more, including how to approach the work of literary scholarship and how to go forward in the profession not only as a teacher but also as a colleague with administrative duties. She was an exceptional role model and immensely inspiring, a joy to learn from and be around.

I have since taught at least two M.F.A. students who came to Columbia College Chicago after earning their B.A. degrees in English at WMU. Both reported the same experience of having been well-mentored and supported at Western.

Were you involved on campus, and if so, how?

Yes, in at least the following four ways:

Like others in the M.F.A. program, I had been awarded a Graduate Teaching Assistantship, which meant that I began teaching first-year composition when I entered the program in the fall of 1989. The graduate students who taught in that capacity felt a connection to the undergraduate program, since we were teaching first-year students every semester.

I was also invited by the Director of Graduate Studies in the English Department, Dr. Elise Jorgens, to work as her assistant in the department’s graduate office. I learned a great deal in that role, which helped me later when I had administrative duties as a professor myself.

During my last year in the M.F.A. Program, the English Department began to consider creating a Ph.D. Program in English, with Emphasis in Literature or Creative Writing. Alongside numerous professors, I served as the student member on the Ph.D. Committee, charged with investigating the feasibility of such a program and envisioning its particulars.

Finally, another way of being involved on campus centered on poetry readings and other literary events, including a “Reader’s Theater.” Attending and participating in such events were part of the experience of being a student­. They were enlivening and community-building.

Hanging out with other M.F.A. students in the English Department, whether sitting around one of the fountains on campus, or up on the top floor of Sprau Tower, or in one of our little T. A. offices. Also walking across campus for fried potatoes and peppers at Maggie’s, which I realize has moved since. I’m still in regular or semi-regular contact with friends from that time—31 years ago!—especially John See, Kathi McGookey, and Cullen Bailey Burns. 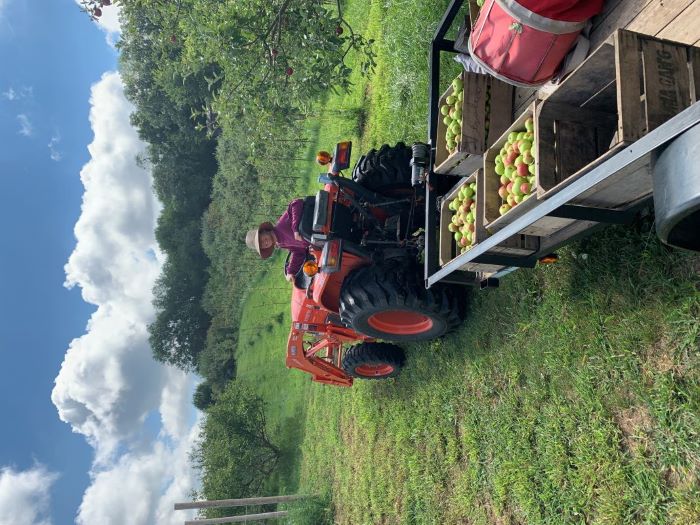 In short summary, what’s happened with you since you graduated?

A few months after graduating with the M.F.A. in 1992, Henry Morren and I were married; several of my professors from Western came to the summer wedding in East Lansing. I now understand how generous that was of them! We have a son, James, who is 18 and a first-year college student in Portland, Oregon. We also started a farm and orchard in southern Wisconsin, near Madison (Morren Orchard and Nursery), and have lived here on this farm since 1999. In 2006, I began teaching at Columbia College Chicago, commuting by train. I earned tenure there and was recently promoted to the rank of full professor, having served as Director of Graduate Studies (like Elise Jorgens!) from 2011 to 2013, and since then as Interim DGS on two occasions, including this semester. I was especially honored to be included in Best American Experimental
Writing, edited by Cole Swenson (Omnidawn, 2014), and nominated for a PEN/Robert J. Dau Short Story Prize a couple of years ago. My poetry mentors since Western have been continuously important to me, especially Michael Palmer, Robert Creeley, and the Wallace Stevens scholar, Charles Berger.

What advice do you have for current students?

Allow yourself to be dedicated to what you love doing, even if it seems “impractical.” Let your love of the work be the reason you are doing it, whether that’s painting, music, poetry, engineering, biology, or whatever else. Also, don’t be afraid to change your mind about what you are studying or focusing on. College is a time to be both exploratory and contemplative.

Make sure to get to know your professors by going to their office hours and talking with them outside of class. Get involved in extracurricular things that give you pleasure, such as theater or a campus club or intramural sport, and go on a study abroad program if you can. Turn off your devices, resist being addicted to your phone and other screens, and go outside.

Have an alumni success story you’d like to share? We’d love to hear it! Submit your story ideas at WMUalumni.org/YourStory. 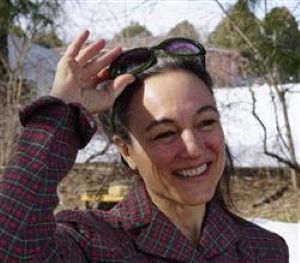