We started MochaBox Coffee to not only provide great coffees, but to ensure our culture was represented and infused in our products...

In 2015, Floyd Sartin (B.A.’03, Organizational Communication) and Harlin Thomas (B.B.A.’01, Integrated Supply Management) had a vision to connect coffee lovers with roasters from throughout the U.S. As newcomers to the industry, they were quick to learn that the coffee roasting community was lacking African American representation—something they set out to set right.

“We instantly realized that we wanted to change this narrative by being a loud voice within a market where coffee is primarily sourced from regions dominated by people of color,” they said. 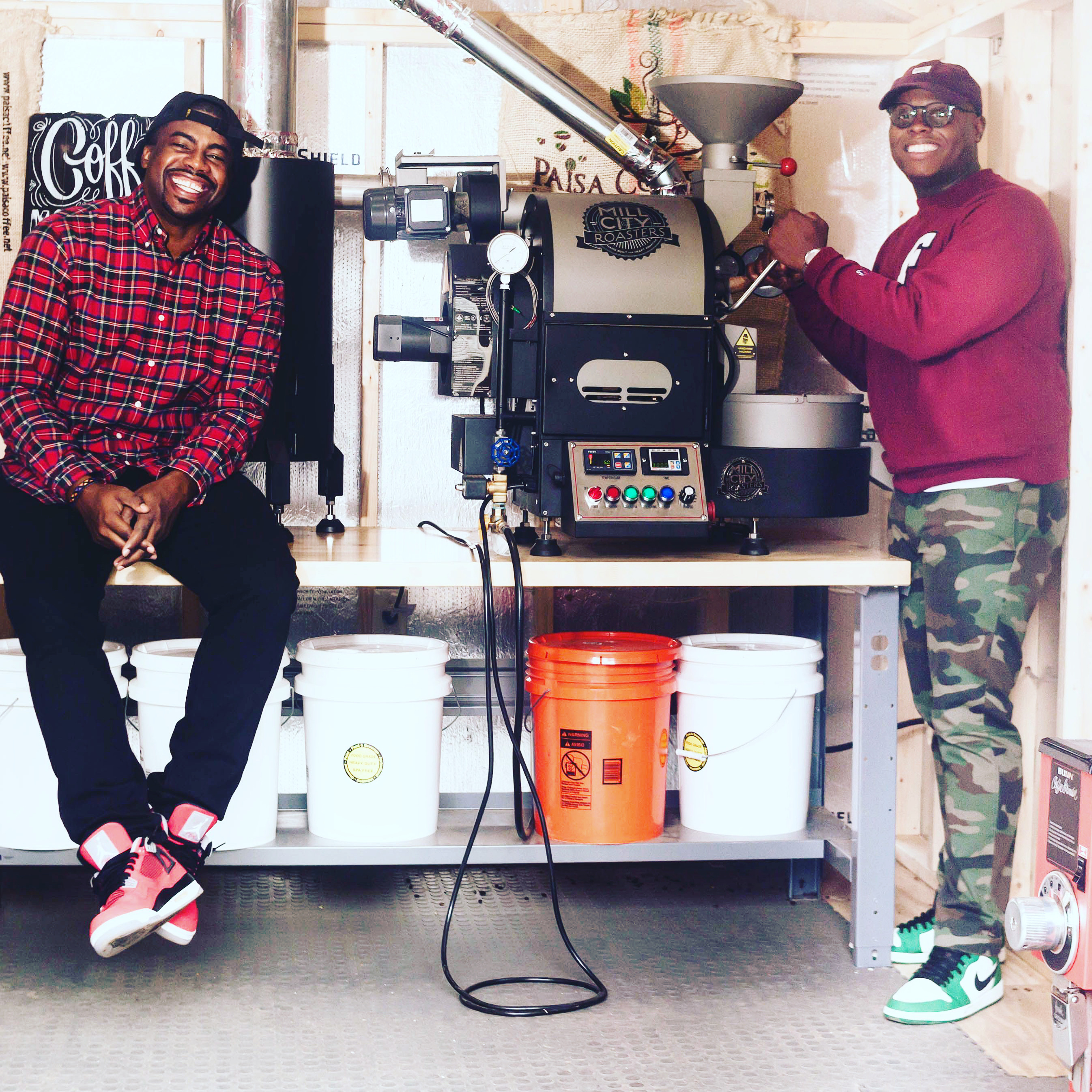 “Whether it's the music you make, the art you want to create, the business you should start, the book you need to embark, the communities you want to back, or the souls you need to impact, we are hoping our coffees help fuel these passions every day!” the website reads.

The story begins at WMU in 1997, when Harlin and Floyd met as freshmen. They quickly became best friends, roommates, and today are the godfathers for each other’s children. Not to mention, business partners. They took advantage of their time at WMU, enjoying the collegiate experience and participating in several events that would inspire and influence.

“In the fall of 1997, we participated in ‘The Lock-In,’ in honor of a group of black students that locked themselves in the Bernhard Center until their demands were met by the university,” Floyd recalled. “This was also a time that minority students and allies came together at the student rec center to discuss critical topics within the African American community. The event consisted of several workshops and keynote speakers throughout the night.  We remember vividly attending the workshop that Tavis Smiley spoke at. It was not only powerful, but it connected the fabric of so many minority students on the campus that were in need of community at a predominately white institution.”

As students, Harlin was an R.A. and A.D. at Hoekje Hall and was president of the Young Black Males Support Network (YBMSN)—he was also crowned WMU’s first black male homecoming king. Floyd was also involved in YBMSN, acting as secretary, and worked as a manager at the student I.D. card center. He also proudly founded the black WMU homecoming king and queen pageant.

Academically, Harlin majored in Supply Chain Management and was a part of the inaugural program at WMU, choosing that career path because of the lack of diversity in the field and was assured that it provided a sustainable career pathway.  Floyd chose Organization Communication because he was intrigued by employee behaviors and the overall health of organizations of past jobs, a degree that would combine both business and communication within the workplace.

As alums, Floyd and Harlin stayed involved with their alma mater, creating the Distinguished Educated Alumni, focused on bringing hundreds of black alumni back to campus each year to celebrate Homecoming. The group ran strong for over a decade from 2005 through 2017.

They also have some pretty sage advice for current students.

“Don't be afraid to fully embrace the culture at WMU,” Floyd says. “Harlin and I met during our freshmen year, became roommates, best friends, God-fathers to each other's children, and created a great business together.  We participated in several events and enjoyed every moment of our college experience.”

Do you have a WMU Alumni Story to share? We want to hear about it! Submit it at WMUalumni.org/YourStory.