“My 86-year-old grandpa used to ride his horse to the grocery store to get milk and bread for his family, now he buys shares in racehorses on his iPhone!”

Brian Doxtator (B.B.A., Finance and Commercial Law) and Chase Chamberlin (B.B.A., Sales & Business Marketing) are two alums on the move. Their new endeavor, Commonwealth, is a microshare investment company at the forefront of financial and sports technology. The app allows anyone to buy shares in world-class racehorses and ‘experience the thrill of ownership’, starting at just $50 per share. It’s a unique platform, built for the casual fan by industry pros—and it’s making big waves in the racing industry. 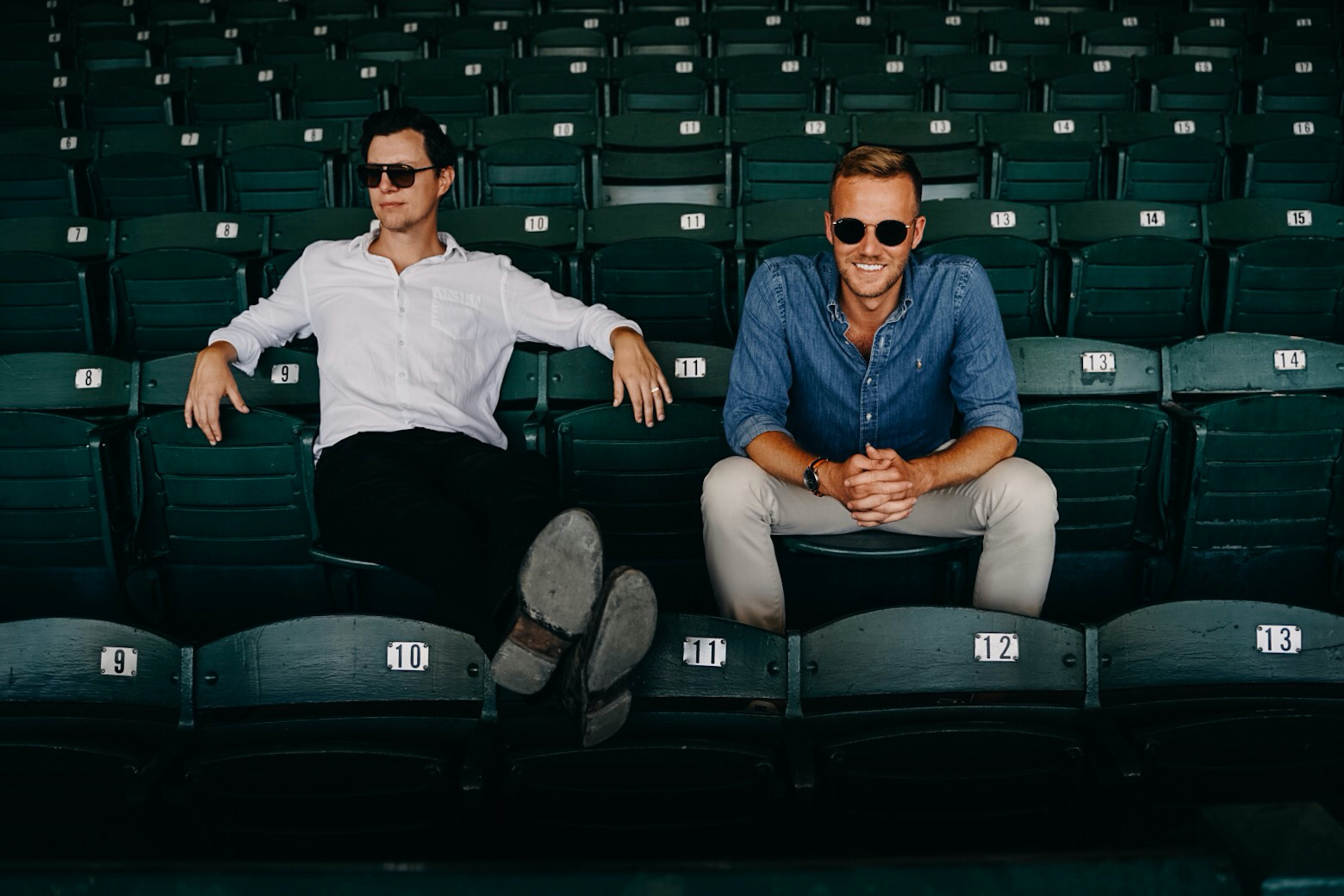 Brian and Chase took a moment to talk a little bit about their experiences at WMU and how it helped serve as a launching pad for success.

As a member of DECA at Gull Lake High School, Brian was exposed to some of WMU’s best early. During a competition at the district championship, Brian met with a few professors from the Haworth College of Business and decided he wanted to get closer to the school. Later as a WMU student, it was another professor who encouraged him to major in finance. During his time at WMU, Brian took advantage of what the college of business had to offer, including becoming President of the Finance Club and attending events that featured business leaders.

“At the end of the event there was usually mingling and you could talk to them and ask questions. They always had such a clear perspective and command of the subject.  I remember thinking ‘that’s what it is like to be a professional.’ They were sharp and very engaging,” he recalled.

Immediately after graduation, Brian was offered an analyst position in the Mergers and Acquisitions group for investment banking firm Legg Mason in Baltimore. A position he believes his time and experience at WMU undoubtedly helped him land.

“I beat out candidates from the Ivy Leagues and other top schools on the east coast. Those candidates were taught to think, WMU taught me how to do and that set me apart.”

While at Legg Mason, Brian worked with CEOs and CFOs of major corporations, advising them on both acquiring companies and selling to larger companies, as well as helping guide two companies to successful IPOs.

From Baltimore, he moved to New York to work in the Corporate Strategy group at IAC, a tech and media holding company that owns more than 100 companies around the world.  At IAC, Brian became an expert in technology and emerging business models while advising the leadership teams of IAC business units like Ticketmaster, Vimeo, LendingTree, Match.com, and many others.

From New York, he moved across the country to San Francisco where he joined the tech startup, Playhaven, a marketing platform for mobile app developers.  Brian was the only non-technical person on the team and broadly responsible for the entire business.

“We grew Playhaven from five people and zero revenue to 200 employees and $50M annual revenue,” Brian said.  “We had thousands of customers including the largest app developers like Disney, EA, and Supercell, and our platform was integrated into 80% of the top 1000 mobile apps in the world.”

Along the way, Brian helped raise $30M of venture capital, oversaw office expansion into Korea, France, and Argentina, and helped people on his team get jobs at tech giants like Apple, Google, Facebook, and Twitter.  In 2015, Playhaven merged with Kontagent Inc. and rebranded to Upsight, which is still operating today in San Francisco.

“After we sold Playhaven, I took a break and helped my wife, Christy, launch her bridal business, LOHO Bride. We opened the first store in San Francisco and then moved to Los Angeles to open our second store. Helping Christy achieve her dreams is one of my proudest accomplishments.  And now I have turned my attention to Commonwealth!”

Most recently, after exploring the financial technology startup sector, Brian was excited about new regulations allowing apps to sell shares in assets. He thought there could be a use case in sports, and particularly horse racing. That’s when he called Chase, a lifelong equestrian, to talk about the business idea.  And while Chase hadn’t really wanted to make horses his profession, he thought people would love it and wanted to jump in!

“When I started my college search my parents made it clear that if I left the state, I’d have to get rid of my show horses; attending school out of state while also paying for the horses wasn’t an option. When I learned that Western had one of the top sales programs in the country and I could keep my horses, the choice was clear,” Chase explained.

“As a creative, I loved advertising and marketing, but I’ve wanted to be an entrepreneur since I was in second grade and sales felt like the closest thing to entrepreneurship. If you’re good and not afraid of hard work (and plenty of pressure) you can have pretty unlimited upside, tons of autonomy, and in many ways, you get to really control your own destiny and be impactful,” he added.

As a student, Chase recalls being invited by a professor, Dr. Kelley O’Reilly, to participate in an out-of-class consulting project as being a rather influential experience.

“I was pretty surprised at the invitation and even more surprised with how much room she gave me to lean in, ask questions, challenge convention and try new things,” Chase said. “Not all of my professors at Western liked my push for the unorthodox, but Kelley saw it as a strength. She taught me that leaning in and asking for more often begets bigger, better, more interesting opportunities. Don’t be afraid to be a bit of a troublemaker.”

After graduating, Chase had his eyes set on a national championship horse show and decided to dedicate a year to focus on that while gaining some professional clarity. In fact, just two and half hours after completing the final exam for his final college course, Chase was awarded a unanimous national championship.

“I wound up winning another unanimous national title just a few days later. I had checked off a major goal and was ready to get focused on work.”

For the next several years, Chase was involved in the turnaround of a home healthcare company, hard but rewarding work that took him around the country. After the sale of that company, Chase returned to his other passion—consulting, showing, and selling horses. In 2016, he returned to his career after getting an offer to join the sales and video strategy team at the world’s largest digital video studio, Epipheo. Over the next four years, Chase sold and produced over $10M of award-winning videos for big names like Walmart, P&G, Google, and many others.

But of all his accomplishments, it’s Commonwealth that brings him the most pride.

“I love horses and creating great experiences for people. Commonwealth allows me to do both in one of the most dynamic and exciting sports in the world. Everyone dreams of turning their passion into a business, but few people ever get to do it. I’m really grateful for that.”

Chase says he risked it all to start the business, but it’s been the most rewarding thing he’s ever done. Thanks to his sales background, he was able to continue selling on the side, which helped during the early years while getting Commonwealth off the ground. Now it’s thriving.

“Investors of all ages, from all over the world can now buy shares in world-class racehorses for just $50/share in less than five minutes,” Chase said. “My 86-year-old grandpa is our oldest investor, he used to ride his horse to the grocery store to get milk and bread for his family, now he buys shares in racehorses on his iPhone!”

“What’s most exciting for me personally is that horse racing is just the start. Sports are coming next. Imagine being an early investor in the next Tiger Woods or Lebron James? When they hit it big, so do you. Pretty exciting stuff,” Chase said.

This summer, Commonwealth launched its first official horse offering and in less than 90 minutes the $113,850 offering was completely sold out and is now pointed to some of the world’s most lucrative races such as the Pegasus Cup $3M, Saudi World Cup $20M, and Dubai World Cup $12M. 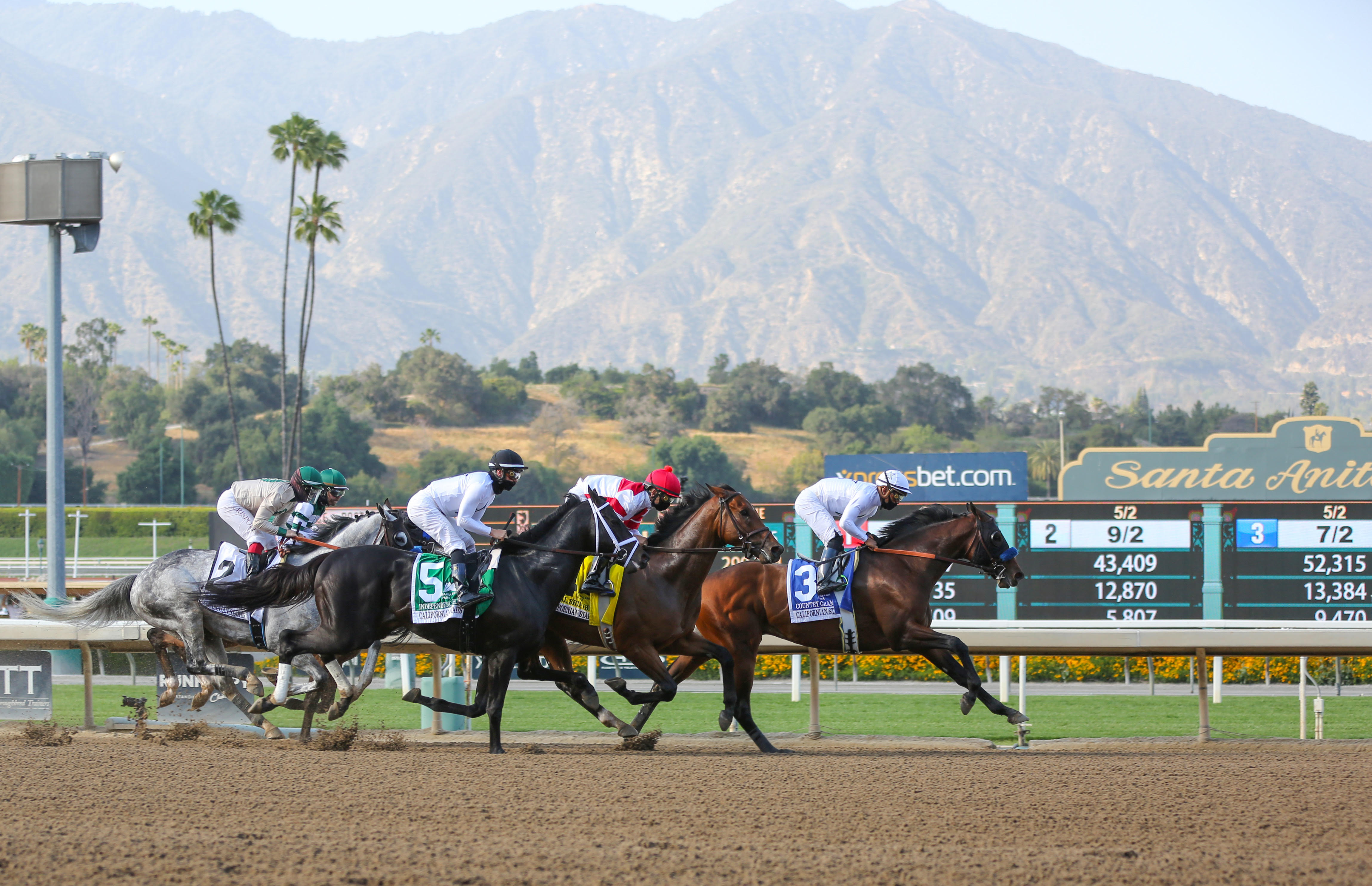 Commonwealth was founded in 2019 with zero paid marketing dollars and has grown to an audience of more than 10,000 people from around the world with investors in 14 countries and 49 states. Those 10,000 people make up quite a range too, from college students to working professionals, to pro-athletes and musicians.

In the last year, Commonwealth has nearly doubled its users and plans to grow even larger as new features are added over the next 12 months—improving the ownership experience and stepping into new sports arenas.

Back to WMU, Brian and Chase’s advice to current students is simple.

“You have four years of time carved out to figure out how to become a learner. You don’t have to leave school with a perfect understanding of what you want or even who you are, but don’t let it be because you didn’t make an effort to find out. Be intentional. Seek out things that bring you life. Lean in. Ask questions. Engage. Do the hard things now, because they never go away,” Chase said.

“Utilize office hours.  Your professors want to get to know you!” Brian adds. “When you figure out a subject that interests you, read.  Read everything.  Your job as a student is to be a sponge, both in class and away from class.  I read every business magazine and financial newspaper I could get my hands on.  Laying that foundation of real-world knowledge helped me get my first job and prepared me to conversate with professionals with a lot of experience.”

Learn more about Commonwealth, and how you can experience the thrill of ownership, here.