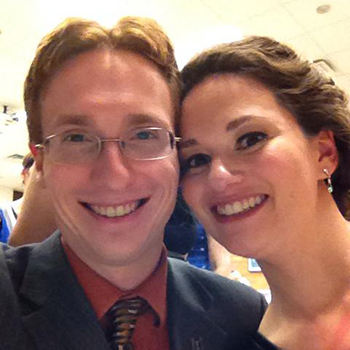 Jeffrey A. Spenner (M.M.’14, Music Conducting) joined the United States Coast Guard in June 2019 as the Assistant Director of the United States Coast Guard Band. As one of two leaders in charge of one of the nation’s premier military bands, Mr. Spenner helps manage all aspects of the 55-member ensemble’s multifaceted mission–including concerts, ceremonies, recordings, and the band’s annual national tour.

A veteran of the 399th Army Band at Fort Leonard Wood, Missouri, Mr. Spenner is the first conductor in the Coast Guard Band’s history to have been hired from outside the organization. While a member of the 399th Army Band, he took part in hundreds of performances throughout the Midwest as both a conductor and trumpeter, and his efforts were instrumental in developing an ongoing relationship between the 399th Band and the St. Louis Symphony Orchestra. His final performance in the Army was conducting on a concert at Powell Hall in St. Louis that combined the symphony’s winds, brass, and percussion with the 399th Army Band and the Air Force Band of Mid-America.

Previously, Mr. Spenner has been the Assistant Conductor and Operations Manager with the Battle Creek Symphony in Michigan and Artistic and Education Coordinator for the Lexington Philharmonic in Kentucky. An advocate for music making at all levels, he held music directorships with numerous community ensembles including the Borgess Hospital Resounding Spirit Choir in Kalamazoo. Mr. Spenner brings his passion for music education to the Coast Guard Band where he oversees all of the band’s education and outreach programs.

Mr. Spenner is married to fellow Western Michigan alum Mira Shifrin Spenner (B.M.’09, Music Performance), a professional flutist, and they enjoy geeking out over science fiction and playing board games together. They live in Norwich, CT with their five cats - Voltaire, Gershwin, Brahms, Rousseau, and Apollo - who enjoy chasing laser pointers and stealing board game pieces.