For the last four years, Stephen Blanco (B.M.’18, Music Education) has been the founding director of mariachi at Las Vegas High School, a journey he says that has been nothing short of amazing. 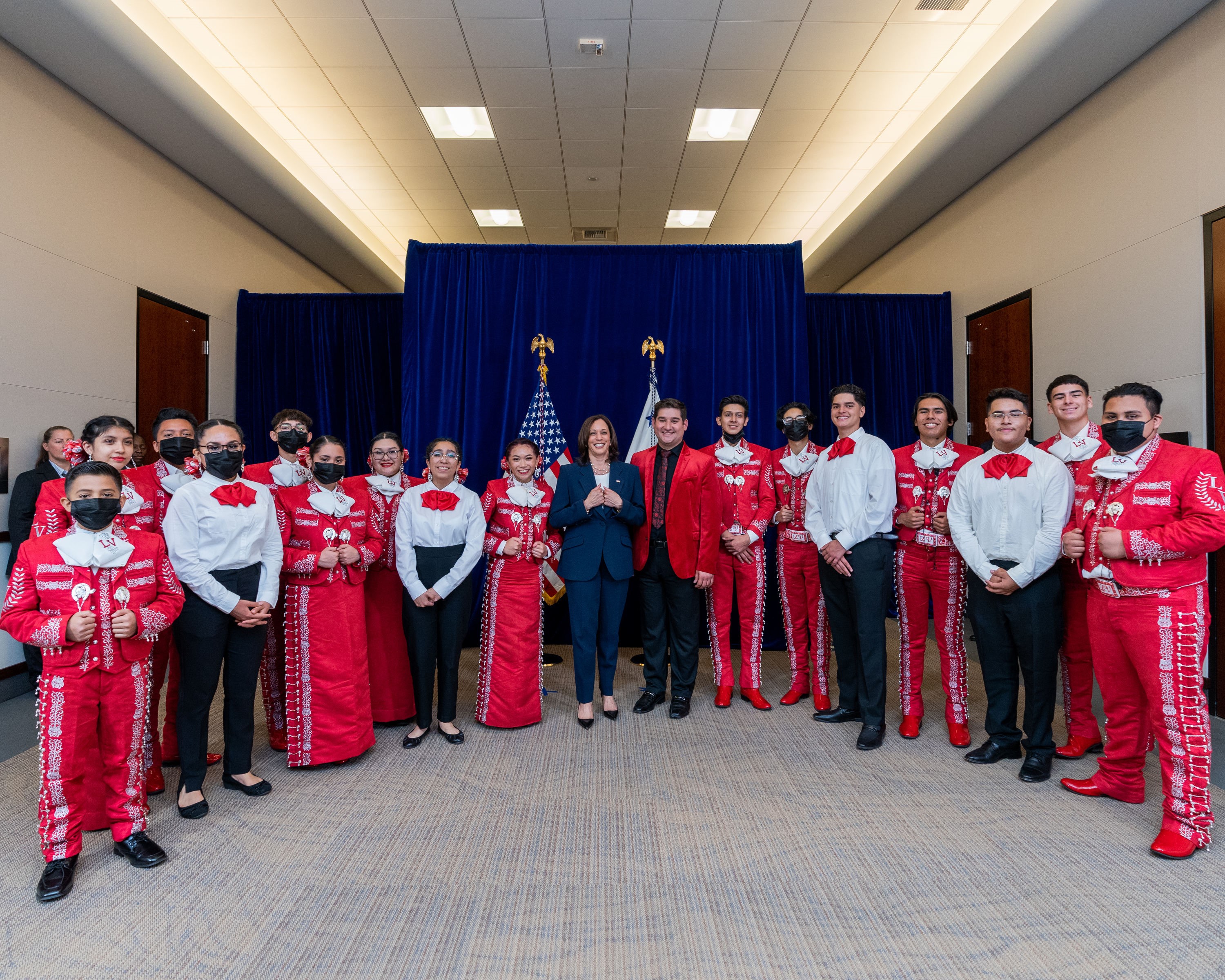 In the short time he’s been there, the band has been nothing short of successful, and Stephen himself has gained some exciting recognition, being selected as a semifinalist for the Grammy’s Music Educator Award.

Some highlights include performing in-person for both President Biden and Vice President Harris after being featured at the 2021 Presidential Inauguration, opening for the famous mariachi trio ELLAS, and an upcoming performance with the Grammy-Award winning Aida Cuevas for Dia de Los Muertos.

Stephen says he often pulls from his experiences as a music student at WMU, and recalls fondly the professors and experiences that helped shape his work ethic and mindfulness.

“I was fortunate enough to work with some amazing musicians while at WMU,” Stephen said. “Dr. Lin Foulk-Baird was one of my mentors and, although I didn't have a word for it at the time, really showed me what mindfulness looked like; as a performer, as a teacher, and as an individual. I often find myself finding my "inner Lin" while at work. Additionally, it was really special to rehearse and study with Dr. Scott Boerma, as he was actually my mother's band teacher back when she was in high school. I learned so much from him about how to connect with music and I use his rehearsal techniques in class every day.”

Stephen found himself at WMU after auditioning for several other schools around the Midwest. 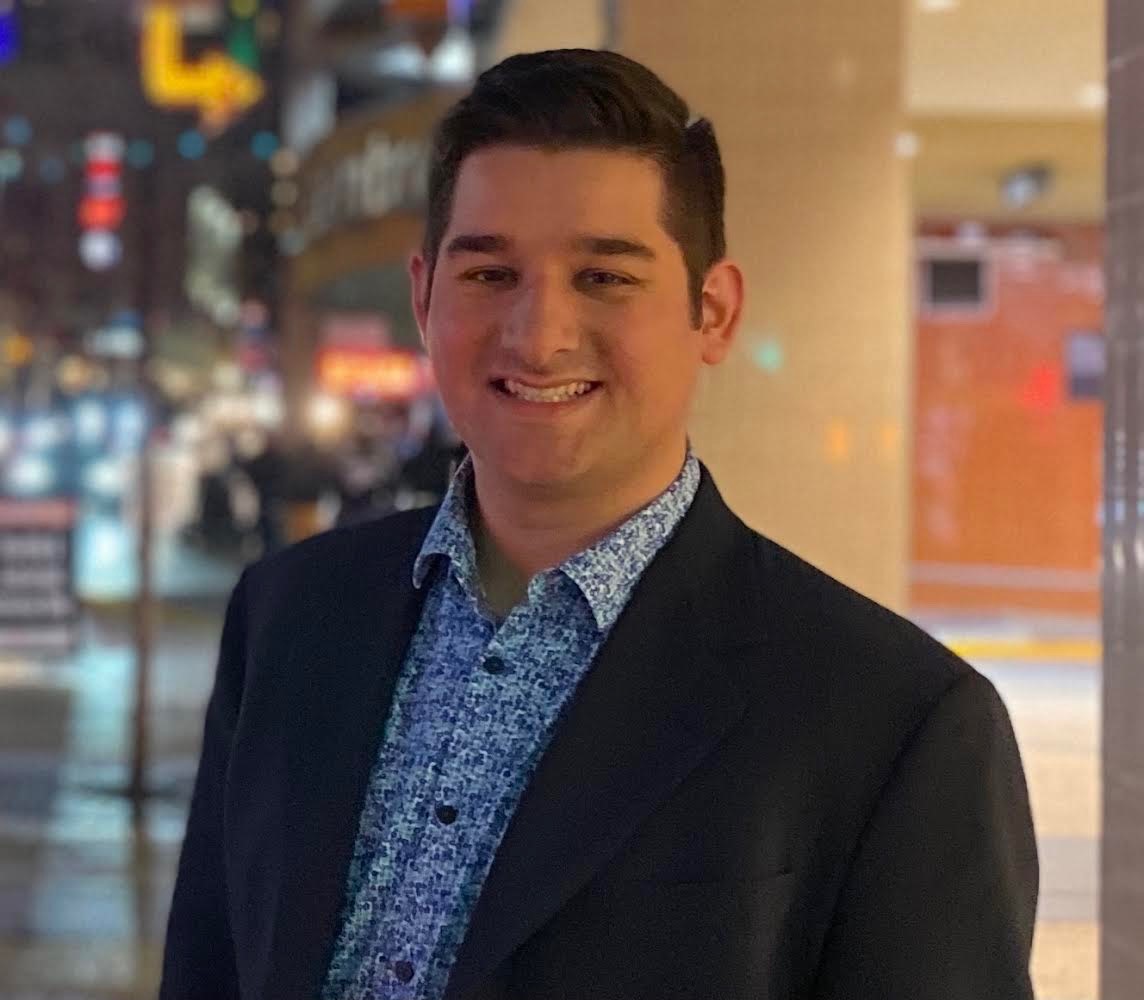 “Shortly after that audition, I attended the Michigan Youth Arts Festival on campus and immediately fell in love. The feeling I got while walking by the miller fountain and hearing music come out of open practice-room windows is one that I haven't experienced again. That feeling is what sealed the deal for me and WMU,” Stephen recalled.

As a student, Stephen was a member of the University Concert Band, University Symphonic Band, Bronco Marching Band, and Bronco Pep Band. He performed on scholarship with the WMU Undergraduate Honors Wind Quintet, and was proud to perform with Vocaholics at WMU. He was also a brother of the Mu Delta chapter of Kappa Kappa Psi.

Stephen was the recipient of several scholarships including a School of Music Scholarship and the Honors Wind Quintet Scholarship. He also benefited from the Invisible Need Fund during a time of hardship.

“After graduation, I knew that I wanted to work outside of Michigan,” Stephen said. “I have always wanted to explore another place, and it was a natural time to do that. During my time of applications and interviews to schools across the country, I received a call from an Assistant Principal at Las Vegas High School. She had been given my name by a teacher I had studied with at a conference the year before, and had two open positions at her school. After the interview, I was immediately offered a position and given a choice; to teach orchestra or to help with band and start a mariachi program at the same time. I was craving adventure- so I chose to start a mariachi program.”

The rest is quickly becoming history.

“I have been asked multiple times "what's your secret, how do you do it, how do the students perform at this level?" My answer is always this- we work hard. We work REALLY hard. If it means 15 hours of after-school practice a week, then that's what we do to get the job done. Nothing can ever replace hard work- not talent, money, or luck,” he said.

And finally, “Be a Joya! Shine bright and don't let anyone tear you down. Diamonds are made from pressure, so bring it on!”

Interested in hearing more, Stephen’s students recorded a full-length album during the shutdown, self-title “JOYA.” It can be found on all streaming platforms. You can also follow Joya Mariachi on social media.

Do you have a WMU Alumni Story to share? We want to hear about it! Submit it at WMUalumni.org/YourStory.