In the late 60s, David Nolley (M.A.'71) was ready to drive his VW bus to Mexico to fish and drink beer with his wife when he was made aware of an interesting opportunity to study behavior analysis at Western Michigan University. The decision to head for Kalamazoo instead of Mexico lead to a decades-long career in brain injury rehabilitation. 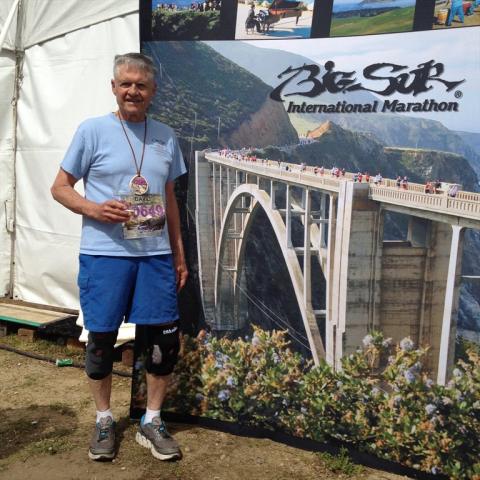 I didn’t want to leave my undergraduate program at San Francisco State College (now University) back in 1968, being that San Francisco was such a “groovy” place to be back then (still is, actually). But I was informed by the Registrar’s office, just prior to my last semester, that I had enough credits to graduate with a Bachelor’s Degree in Psychology; more or less a “nudge” to move on with my life.


Our first thought at the time, my wife and I, was to simply pack all our of stuff in our VW bus and head to Mexico, then to fish and drink beer until we came up with something “interesting.” But, the planets lined up for a solution in the form of a faculty member on loan (name lost in distant history) from the University of Oregon, who was spending his sabbatical year at SFSC.


Wildly contrary to the entire remaining offerings of the Psychology Department at the time, this guy self-identified as a Behavior Analyst, and he provided us wide-eyed psychoanalytically, psycho-dynamically, and humanistically-trained psychology students with an eye-opening experience. For me, it also provided the promise of a recommendation for graduate school, specifically Western Michigan University, where that light in my eyes that was lit during that course would become even more brightened. I also happened to take a brand new course introduced that semester, a Neuroscience course, that further took me away from more traditional studies in psychology.


WMU accepted this waif from California and that VW bus full of all that we owned went to Kalamazoo instead of Mexico in June, 1968. Because I already had a leg up on just about everyone else who was applying for graduate assistantships that Fall because of the Neuroscience course at SFSC, and the only Neuroscientist in the Psychology Department, Dr. Gault, took me on to help with his NIMH and NSF grants in his basic neurosciences lab. That’s how I paid tuition, fees, and living expenses while living just half of a block off campus completing my graduate degree at WMU.


Surely enough, that faculty member on loan from OU was right: While acquiring a perspective on how brains work in the lab, I was taught by WMU’s outstanding, behaviorally-oriented faculty that included Drs. Lyon, R. Malott, Michael, Keller, Whaley, Snapper, Brethower, Alessi, Fuqua, Iwata, Poling, and Huitema that rehabilitation of brain damaged humans really is a “can-do” proposition.


The behavior analysis technology that I carried to my doctoral program at Syracuse University and SUNY Upstate Medical Center then poised me quite adequately for the more than 40 years of the Brain Injury Rehabilitation practice that has, I think, been a considerable “return on investment” for the California and Michigan state, and American tax payers who funded my education.


WMU was a fundamental building block in my being able to set up a practice that has, now these many years later, resulted in hundreds of my brain-damaged patients over the years having become the most that they could be. Thanx WMU!