“The sonnet, like poverty, teaches you what you can do / without,” poet Diane Seuss (M.S.W. ’83) wrote in her critically acclaimed frank: sonnets. 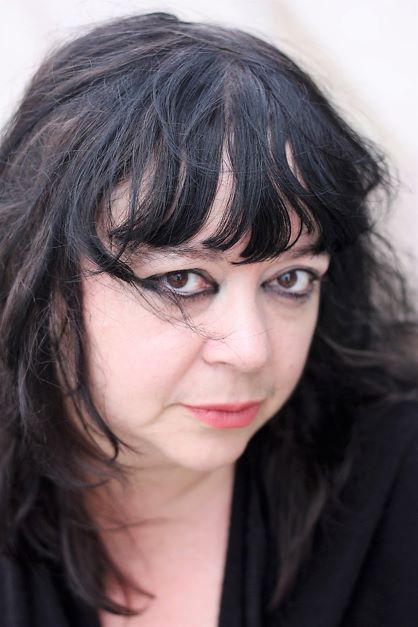 While her latest book has garnered several prestigious awards, including the 2022 Pulitzer Prize for Poetry, Diane is as unpretentious and real as it gets. “So far, I’ve published five collections of poetry, and my sixth will be out in 2024,” she said. “My books have received some notice and acclaim, and then, this year, the Pulitzer Prize. But between those ‘bullet points’ is my real life. That’s what you’ll find in my poetry.”

Her real life has led her to Ohio, New York City, Kalamazoo, and before the pandemic, to writers’ residencies all over the continent. She began her bachelor's degree at Kalamazoo College, finished it at WMU in 1981, and then decided to pursue a master’s degree in social work at Western. “I was lucky enough to get in,” she said. “Post-graduation, I practiced social work for about fifteen years. I worked in a domestic assault shelter, a crisis counseling center, a health psychology clinic, and in private practice. All along, I was still writing poems, and teaching as an adjunct in creative writing at Kalamazoo College.”

Eventually, Diane became a full-time Writer in Residence at K, but her experiences as a social worker left an indelible mark. “My social work education and practice had a huge impact on me as a teacher and a writer,” she said. “That work is so deepening. There is no better education in the nature of suffering and survival, which is central to my writing.”

Diane has endured her share of personal struggles, too. Her son, Dylan, is a survivor of addiction. “Many of the poems are based on conversations that Dylan and I had over a year or so,” she told April Baer, host of Michigan Radio’s Stateside, during an interview about frank: sonnets. “What I did basically was transcribe our written conversations and then find a way to compress them into 14 lines.”

With deftness, Diane tackled the painful and often vastly misunderstood subject of addiction head on. “There's so much shame attached to addiction, to being an addict, to being the parent of an addict,” she said. “There’s so much secrecy around it, and so I guess I wanted to not blow that up in a bombastic way, but as with the rest of my life, to tell the truth.”

Writing can be cathartic, but it can also be intense, uncomfortable, and scary. Yet even in times of great darkness, having the resilience to keep writing poetry is a point of pride for Diane.

“I’ve had three careers in my adult life—social worker, teacher, and writer. I was and am also a parent, and through most of my son’s life, a single parent,” she said. “When I think of all of these realms, and how much I learned, it does not feel fragmented, but each seems to emerge from a wholeness, which I guess is just who and what I am. I am generally proud of having survived some very difficult times, and to have written my way through it all.”

After teaching at K, WMU and elsewhere for many years, Diane retired and fully devoted herself to writing. Faculty at WMU who made a difference in her education and career include professors in both the English and social work departments.

“My first class at WMU was Women’s Literature with Stephanie Demetrakopoulos. This was in the 1970s, so such a class was still unique,” she said. “Stephanie’s reading list was incredible, and would be incredible now—Toni Morrison, Adrienne Rich, Margaret Atwood, Djuna Barnes, among many others. I hadn’t been exposed to any of this work, and it changed my entire perspective on what literature could be, and how I might actually have a place in it.”

Judy Halsted and Marion Wijnberg of the School of Social Work also stood out, and Diane described Professor Emeritus Tom Bailey of the Department of English as an exceptional teacher who continues to encourage her to this day. “I met some wonderful people at WMU,” she said. “I learned a great deal, but I did not feel pressured or constantly overwhelmed.”

Circling back to where Diane’s alumni spotlight began, there’s something she feels current students at WMU can do without: sentiments like “should” and “bored.”

“Don’t be afraid to make mistakes. They may lead you somewhere you hadn’t imagined,” she added. “Go for the thing you really want to study and immerse yourself in it. Absorb all you can from your professors and classmates, even the ones who bug you.”

Have an inspiring alumni story? Share it with us at WMUalumni.org/YourStory.