Dr. Stevens Bonhomme (M.A. ′17, Applied Economics) loved admiring the lights of Kalamazoo at night from the vantage point of the steps at Heritage Hall. Since graduating from Western Michigan University, he’s only continued to climb, and his outlook shines even brighter. 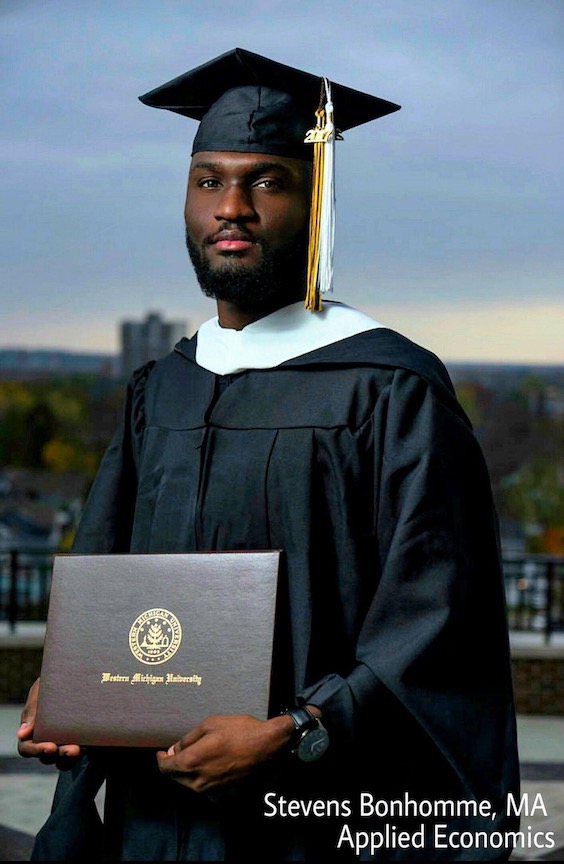 “Always follow your dreams,” he advised current Broncos. “If you can shape it in your mind, you'll find it in your life. Go after your burning desires and achieve greatness.”

A first-generation student, Stevens earned his master’s degree in applied economics at WMU in just one year. He then launched his career in tech at Microsoft, where he’s worked as a Microsoft Ads onboarding specialist, client success manager and program manager.

Before enrolling at Western, he completed a Bachelor of Science in Economics from Tuskegee University in Alabama. “During a grad school fair at Tuskegee, I met a representative at WMU who introduced me to the graduate programs. I applied and got accepted into the Ph.D. in Applied Economics in 2016,” he said. “WMU was the right choice for me amongst other acceptances because the school has a vibrant history and I wanted to be a part of the Broncos family.”

Stevens’ Haitian heritage played a big role in his decision on a major. “I’m originally from Haiti, a country in the Caribbean with a beautiful history and cultural heritage,” he said, “a country that has also, however, been devastated by natural disasters and political turmoil. I grew up in an environment where every day was a challenge.”

“I’ve always wanted to be an economist so I can help change the economic situation of my country,” he added.

Having his doctorate by the time he turned 30 was another one of his goals. Stevens had been accepted into WMU’s Ph.D. program in applied economics, but after he completed his master’s degree here, he realized he desired a more hands-on field and aspired to become a business executive. While he moved on to California Intercontinental University to pursue and receive a Doctor of Business Administration in Global Business and Leadership, he remains grateful for his time at Western.

“I was offered a fellowship because of my acceptance into the Ph.D. program. However, getting to Michigan was quite difficult. After graduating college, I was broke and didn't have the financial means to make the trip,” he said. “I am forever grateful for some friends who collected some funds and WMU's Graduate College for getting me the plane ticket to get to Michigan. Otherwise, I would’ve lost my admission to the program.”

On campus, Stevens served as director of professional development for the Graduate Student Association and organized the Three Minute Thesis Competition (3MT®), a higher education research competition developed by University of Queensland and now held in over 900 universities across more than 85 countries worldwide. He also wrote a chapter that’s included in the textbook Foundations in Written Communication by Dr. Brian Gogan, associate professor of English and director of first-year writing at WMU.

In addition to how welcoming everyone was at WMU’s Graduate College overall, Stevens has special appreciation for Tony Dennis, director of graduate student recruitment and retention. “I gotta give a big shoutout and thank you to Mr. Tony Dennis,” he said. “He helped me get accepted to WMU from Tuskegee and helped me settle in when I got into town. He even came to pick me up from the airport on a very late night when I got to Michigan and got me food.” 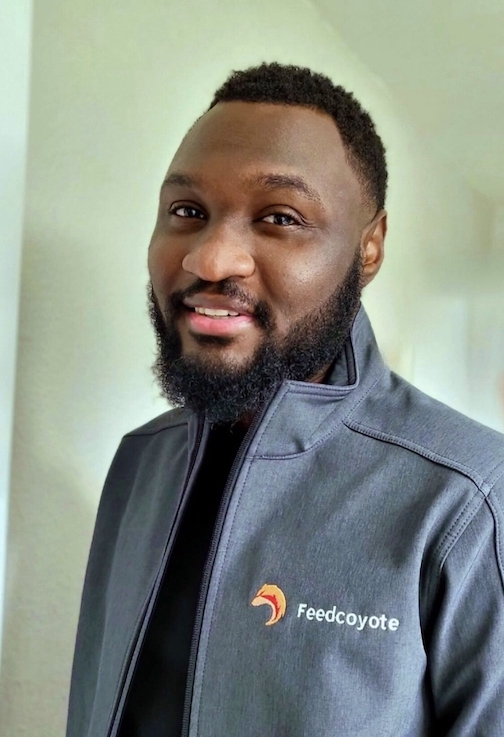 That level of personal attention and support helped elevate Stevens to where he is today. His proudest accomplishment to date is launching his own tech startup called Feedcoyote.

Feedcoyote is a business network platform equipped with CRM capabilities that provides freelancers, entrepreneurs and small business owners with the tools to connect, collaborate and manage their business more efficiently. “I’m very thrilled to be building technologies to help independent workers thrive and grow their business,” he said.

Do you have an alumni success story to share? Submit it at WMUAlumni.org/YourStory.