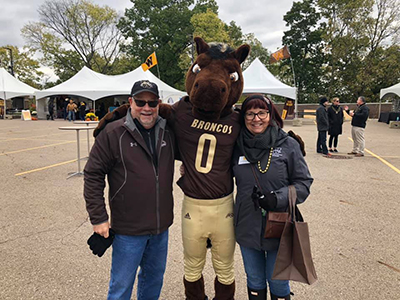 How were you involved on campus?
I spent most of my time away from class working and studying. I started off working in the cafeteria in the Burnhams, but eventually ended up at local restaurants and stores.

Job Title and Company/Organization: Senior Director, Business Information Systems, Pfizer, Inc.  After I retired from Pfizer and moved back to Michigan, I became a part-time Instructor in the HCOB Management Department until 2019 when I fully retired. 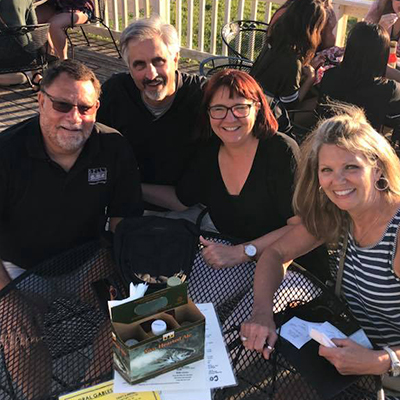 Favorite campus memory: Friday nights at Coral Gables Freshman Year (and yes, the legal drinking age was 18 back then!) and sitting on the roof of the dorm cafeteria with friends on warm days. I have actually been more involved in the last 10 years than while I was attending WMU. I have chaired the BIS Dept. Advisory Board, have been Professor of the Day, a guest speaker, taught classes, sponsored a scholarship and now serve on the Alumni Board. So, it’s never too late to jump on board!

I really hadn’t planned on attending WMU. I was planning to attend Michigan but then decided I wanted to be farther away from home. I wasn’t set on a major, so location was more important than program of study at that point. Growing up in Plymouth, Ann Arbor was very close by. And with my father a professor at Michigan, I was feeling the need to find my own identity, away from Ann Arbor and U of M.

I had never been to Kalamazoo.  I had visited CMU and didn’t feel a connection there. Michigan State wasn’t really an option with my father’s loyalty to Michigan (and he was paying the bill!)  So, I decided on WMU (the unknown) and headed to Kalamazoo.

I buddied up with a high school friend as a roommate and we ended up in Henry Hall (an all-girl dorm at that time.)  She was (is) a wonderful person but I was still feeling a strong desire for change and the need to break away from hometown influences. I ventured off by myself after one semester and moved into another dorm (Ernest Burnham) and moved in with someone I had never met. It was scary, but I was determined to make changes. The people I met and the experiences I had after that move changed the direction of my life.

My husband is also a WMU Grad, but we didn’t meet there. Well, not that we knew of at the time. Years later when talking, we discovered he knew my roommate and had attended a party at our house on Locust Place. Small world indeed!