What’s better than one Bronco doing amazing things in the world? Two, like WMU alumni Keri and Eric Dziuban. 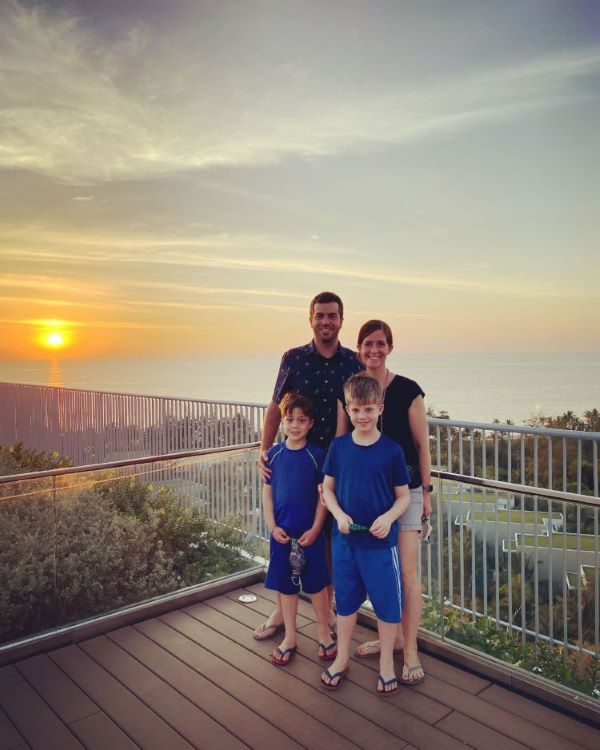 After graduating from WMU, Keri went on to receive her master’s degree in Special Education from Eastern Michigan University. A former teacher in the Ann Arbor Public Schools district, she, Eric and their two sons moved to Namibia, Africa in 2018. While there, Keri put her expertise in special needs education to work in a local international school. On a volunteer basis, she took extensive action to identify and resolve gaps in the curriculum, improve the physical security of the campus, and recruit a highly qualified educational director.

“In my experiences with volunteering, I often begin with giving, but in the end I receive more than I ever could have hoped,” she said. “By volunteering in my community, whether in the U.S. or abroad, I am able to get to know my neighbors, see firsthand how the community’s values are lived out, share my skills and experiences with those I meet, and make lifelong friends and connections.”

“Living far away from family and friends has been very difficult during these last two years, and moving to a new country and culture during a global pandemic was no small feat,” Keri said. “However, we have been so blessed by the Vietnamese people we have met through living and working in Hanoi, even during a difficult time. The Vietnamese are incredibly welcoming and open to meeting Americans and building cross-cultural relationships, and we have truly enjoyed traveling the country and eating all the delicious food!”

While the Dziubans were in Namibia, Eric spent most of his time overseeing the CDC’s programs addressing HIV and tuberculosis, but that quickly shifted to battling COVID-19 when the pandemic reached the country. He spent months directing emergency operations in conjunction with his Namibian colleagues, advising the government on policy, implementing infection prevention and control protocols, and helping increase the availability and effectiveness of testing.

Of his time there, he said, “My wife and I consider Namibia our home. Our two little boys love it. They get to experience a lot of things they wouldn’t get to in the U.S. When COVID broke out, there was the opportunity for people working for the U.S. government to return to the U.S., but we felt the right thing to do was stay here and help guide the country’s response.”

Both Eric and Keri were recipients of the Medallion Scholarship at WMU. (Medallion scholars demonstrate outstanding academic performance during high school, leadership, and a commitment to making the world a better place.) They both also had the opportunity to study abroad: Eric in Australia and Keri in Germany. This experience confirmed their love for travel and adventure and allowed them to dream big for places where they’d live and work in the future, like Vietnam. 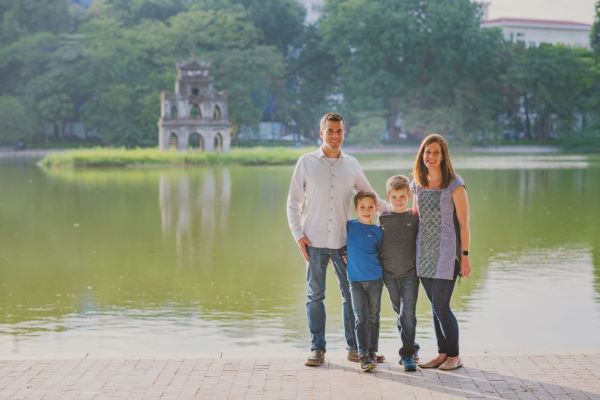 “Working at the Western Herald also helped Eric learn how to how to communicate clear and succinct messages in writing, which is a skill that has been extremely useful in every step of his career,” Keri said.

For current Broncos, the couple offered two pieces of advice:

“Find community in smaller spaces at WMU. There is such a dynamic and diverse group of individuals on a large campus like Western, and as a result, there are lots of unique groups to join and cultivate your skills and passions during your time as a student. For us, we met many of our lifelong friends (including each other!) through the different campus groups, and when people ask us about attending a large university, we always comment on how it didn't feel too large because we were part of a wonderful community.”

“Set your current plans and goals, but be flexible to change course and take risks if exciting opportunities present themselves. Some of our times of greatest growth and greatest excitement have happened outside of our plans. It’s thrilling to find an unexpected opportunity and jump into it completely.”

Thank you, Keri and Eric, for making a difference in people’s lives far and wide!