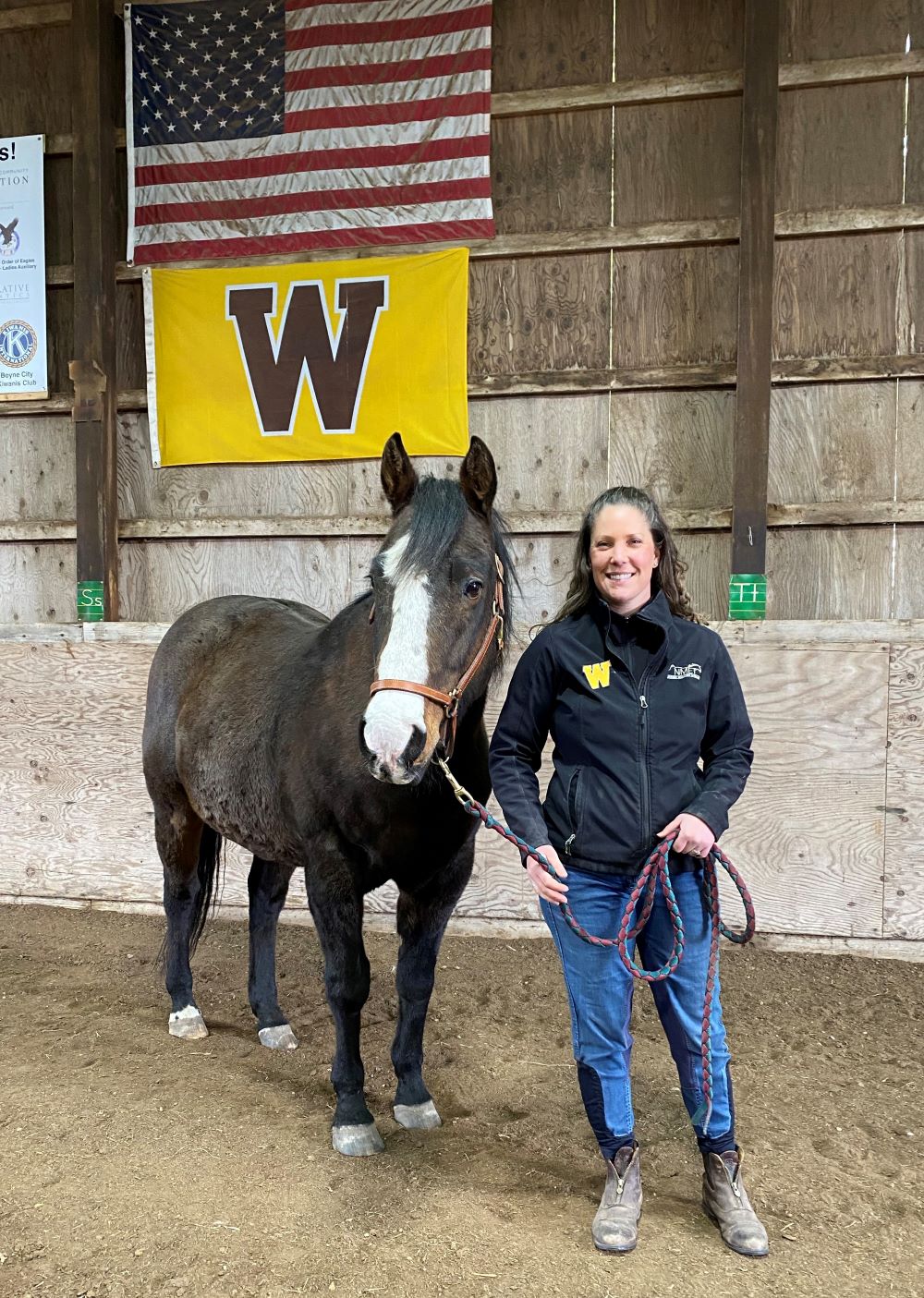 Dakota has a sweet-as-sugar personality and carrots are his favorite treat. Iris, on the other hand, prefers apples and will demand attention from you, even if you’re not in the mood.

Dakota and Iris are just two members of Courtney Sumpter’s (B.S., M.S. ’06-07, Occupational Therapy) team of 10 horses. The job of this four-legged dream team? Helping Courtney heal humans facing a broad range of challenges and disabilities—like kids who were told they’d never walk, talk or be able to brush their teeth.

A Detroit-area native, Courtney is a licensed occupational therapist (OT), as well as founder and executive director of Northern Michigan Equine Therapy (NMET). She began her career with horses teaching therapeutic horseback riding lessons at the Cheff Center, one of the founding centers for equine-assisted activities and hippotherapy (using horseback riding as a therapeutic or rehabilitative treatment to improve a person’s coordination, balance and strength). During this time, she focused on her riding and teaching skills, while working toward her Master of Science in Occupational Therapy at WMU.

After completing her master’s degree, Courtney immediately started utilizing hippotherapy as a treatment tool for her patients with Stable Possibilities, LLC of Southeast Michigan. “My fieldwork positions really shaped my career, especially my time at Stable Possibilities studying hippotherapy,” she said. “The [WMU] Occupational Therapy department was great in allowing students to think outside the box for fieldwork positions that may not be in a traditional setting yet meet requirements.”

When she first arrived at WMU, Courtney wasn’t sure which major she wanted to pursue. In her first semester, she enrolled in a one-credit course that guided her through different personality tests. “Ultimately, it directed me toward the field of nursing or engineering,” she said. “I love working with people, so I decided to declare my major in nursing.”

But on her way to meet with her advisor at the Nursing department, fate—masking as an everyday disruption—intervened.

“There was construction that bypassed me through the Occupational Therapy department,” she said. “I grabbed an OT pamphlet on my way through, and as I waited for my appointment, I read all about the program and knew this major was a perfect fit, because an OT is like an engineer for the mind and body.”

“That’s how I found my major. The one time I was grateful for a construction detour,” she joked.

Before founding NMET, Courtney had a successful career as an occupational therapist in an outpatient setting in metro Detroit. After traveling to California, she finally landed in Northern Michigan, where she worked as an OT at Northern Michigan Regional Hospital (now McLaren Northern Michigan) and established NMET.

Located in Boyne City, NMET began with Courtney, her horse, Tank, and a single client. Word of the nonprofit’s results spread quickly through the small community though, and NMET grew to become a fully functioning 32-acre farm named “Winnie Acres” in honor of Courtney’s grandmother.

Courtney manages every aspect of the farm and describes this hard work as a labor of love. Her love for WMU is also evident in the gold W stitched on her jacket and the Bronco flag that hangs front and center in her barn. “I love what I do for a living,” she said, “and I attribute my happiness and successful career to a great start with an education from Western Michigan University.” 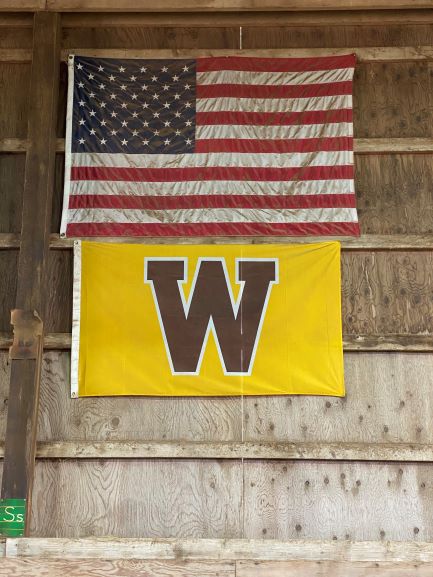 The campus and the size of the school were two key factors that enticed Courtney to attend WMU. “It’s not too big so you’re not just a number,” she said, “but it’s also big enough for the college experience.”

She also appreciated learning from Dr. Richard Cooper, Professor Emeritus, Occupational Therapy. Dr. Cooper taught for 34 years at the University and received the WMU Teaching Excellence Award in 1992. “He really opened my attention and love for kinesiology and neurology. He was able to teach a difficult subject in a way that opened my engineering mind to adapt to the human body,” Courtney said. “This knowledge helped me further future clients/patients to regain and learn new neuropathic ways for gaining strength, ability and independence in their everyday life.”

For the past 15 years, Courtney has continued to enhance her horse and treatment experience. She now provides support for people of all ages living with a myriad of disabilities, including Cerebral Palsy, Autism Spectrum Disorder, traumatic brain and spinal cord injuries, stroke, SI (sensory integration), mental health issues, and many other conditions.

A level one therapist with the American Hippotherapy Association and a certified equine specialist with EAGALA (Equine Assisted Growth and Learning Association), Courtney beams with pride over what she and her team at NMET have built. Today, the organization provides more than 900 therapy sessions annually.

“We’ll be celebrating NMET’s 10-year anniversary as a nonprofit next year, and I could not be prouder,” she said.

When it comes to current Broncos, she offers this sage advice: “Take your time and thoroughly evaluate what major would be the best fit for yourself and your personality. Focus on your studies, as it helps set you up for a successful career path.”

To lend your support to NMET’s life-changing therapy programs, go to nmequine.org/how-to-help. Have an inspiring alumni story to share? Submit it at WMUalumni.org/YourStory.