Curtis Cunningham’s (B.S. ′87, Communications) time at WIDR not only shaped him musically, but professionally and personally, too.

Professionally, he’s now a video strategist with Voyage Pictures, a video production and marketing agency based in Grand Rapids. Before that, he was the director of marketing and public relations for the Irving S. Gilmore International Keyboard Festival, and before that, the vice president of sales and marketing for Lawrence Productions for two decades. Curtis is a past president of the Southwest Michigan chapter of the American Marketing Association; past board member, trustee and president for InterCom: The Association of Professional Communicators; and current board member for the WIDR Alumni Society Board, where he serves on the Jules Rossman Scholarship committee. 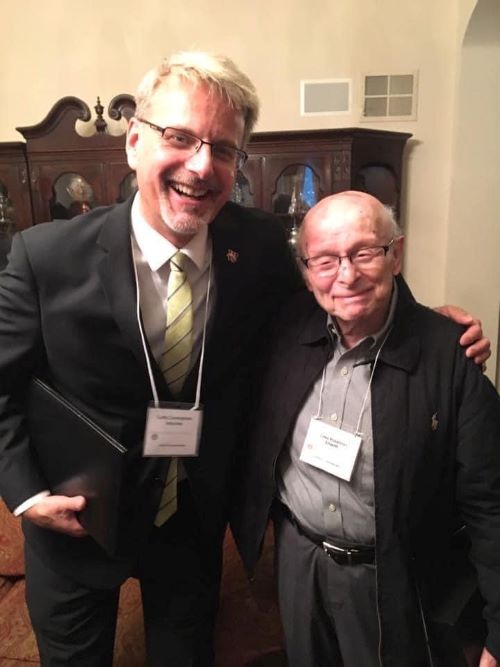 On the personal front, he met his wife, Janel, at a WIDR-sponsored event at Club Soda on Nov. 3, 1986. The two were married in 1988 and remarried on their 28th anniversary at Heritage Hall in 2016 as part of a vow renewal ceremony that set a new Guinness World Record.

Last, but not least, Curtis said that musically speaking, “WIDR opened me up to a variety of music that I never heard before, from rockabilly, swamp blues and John Cage, to industrial and low-fi. It shaped my songwriting, as well as my listening tastes.”

“It also carried over professionally,” he added. “As we entered the phase of Internet 2.0, when the customer took the wheel of shaping brands, having this wide musical knowledge allowed me to see a bigger picture and understand various types of customers.”

Beyond the good fortune of meeting his future wife at WIDR, Curtis credits WMU’s student-run radio station with helping him build many lasting friendships. He got his start at WIDR on the AM channel in 1981.

“It was very competitive to get a show back then. At that point, the AM was Top 40 and R&B. The FM was album-oriented rock, later called ‘alternative,’” he said. “It wasn't just a little radio station; it was part of the culture. It was a lifestyle. Ten percent of the DJs went into radio professionally. The other 90% were there for the music.”

Curtis cultivated his interest in radio, newspapers and TV in high school, and that’s why he chose communications (mass media emphasis) as his major at Western, with minors in English and journalism. “I was drawn to fiction and the truth at the same time,” he said.

As for why this WIDR alum decided to attend the University in the first place… “My uncle told me the girl to guy ration was 2 to 1,” he joked. “Seriously, upon my first visit, there was a deep sense of place, pride, and dedication to success and tradition.”

On campus, Curtis spent a lot of time between 1981 and 1989 at WIDR-FM (and briefly, WIDR-AM). Like other proud WIDR alums, he even did a stint after graduation. Curtis also wrote for the Western Herald and was on the board of The Fellowship of the Purple Cube, a WMU student group that promoted alternative forms of musical and artistic expression.

The late Jules Rossman, long-time WIDR faculty advisor, meant a lot to Curtis as an educator, and later, as a friend. Dr. Rossman was a beloved professor at WMU for 27 years.

“My favorite memory post-graduation was being inducted into the WMU School of Communications Alumni Academy,” he said. “Dr. Rossman was also given a special lifetime achievement recognition at that ceremony.”

There were a number of other professors who took Curtis seriously, pushed him and genuinely wanted him to succeed, including renown writer Stuart Dybek, who taught in WMU’s English Department for 30 years. “He [Stuart] was world-famous, but very humble, smart and funny,” Curtis said. 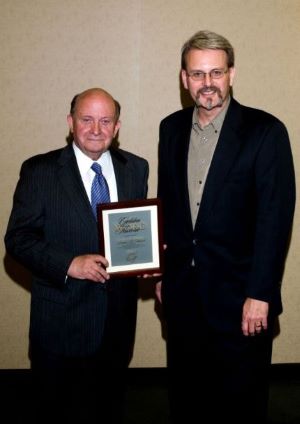 Since graduating, Curtis has accomplished a lot and is grateful to Western Michigan University for helping him get where he is today. “I have been blessed to work in the industries that I love and studied back at WMU,” he said. “My career has been in the fields of music and film, and I couldn't be happier.”

One of his proudest accomplishments remains giving past WMU President Diether Haenicke InterCom’s annual Tony Griffin Golden Word Award in 2008. Curtis is also pretty proud of his daughter, Veronica, who’s about to become a third-generation alum, graduating from Western as a teacher in December 2022.

His advice for current Broncos is both simple and smart: “Study hard, play hard. Nothing is given to you.”

Do you have an alumni success story? Share it with us at WMUalumni.org/YourStory.