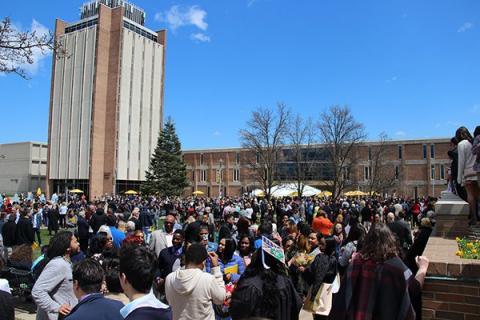 Western Michigan University news highlights and alumni in the news for June 8 – 14, 2018. This week’s campus photo features Fountain Plaza outside of Miller Auditorium after one of April’s commencement ceremonies. On Saturday, June 23, some 1,300 Broncos will receive their degrees at one of the two June Commencement Ceremonies. Congratulations!

Executive board room at medical campus named in honor of Dunns. Read more.

Alumni in the News