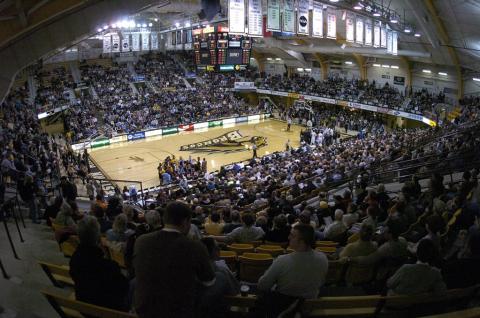 In 1956, a dedicated group of Broncos formed the Mike Gary Athletic Fund at Western Michigan University to provide direct financial support to the Division of Intercollegiate Athletics.

Almost 60 years later, Gary Fund volunteers are still at it, making over 2,000 phone calls over the course of two to three weeks each spring to raise funds in support of all 15 Bronco athletic programs.

John Everts is not an alumnus of WMU, but he’s been dubbed the ‘Godfather of the Gary Fund.’ Additionally, he has a large Bronco family. Everts’ late wife, Joan (BA ’51, English); one of his sons, Joel (BBA ’84, Accountancy); and a few of his grandchildren, Emily (BSN ’08, Nursing), Peter (BBA ’11, Management), and Ashley (BS ’13, Early Childhood Education) all graduated from WMU. In addition, Everts’ grandson Lucas will continue toward his degree in Computer Engineering in fall 2014 as a junior. Everts is one of the longest standing Gary Fund volunteers—he’s been around for over 35 years, but no one is counting.

“I enjoy supporting Western. I like the athletics programs, I love the organization, and I’m very close to the people here,” Everts said. “It’s a tremendous community and athletics is a big boost to this region. It’s just something I feel compelled to do; it’s fun, and it develops good will for Western.”
Scholarships, program needs, and recruiting are all areas that benefit from the Gary Fund. For two to three weeks each spring, the volunteers, many of whom have been around for more than 20 years, take over the student fundraising call center and make their way through a long list of athletic supporters. Everts believes the success of the Gary Fund lies in its very nature—volunteers are the ones asking for gifts to athletics, so it becomes a conversation between one Bronco fan and another.

“It gives donors a chance to discuss with volunteers their interest, gratification, and support of a program,” said Everts. “It’s so important for that volunteer to donor contact—there is tremendous value in the calls volunteers make to solicit funds."

Over the years, the Gary Fund has been instrumental in providing funds for initiatives that enhance the student athlete experience. Just as the Gary Fund can be defined by its loyalty and importance to Bronco athletics, so can the man himself—Mike Gary.

From 1928 through 1967, Mitchell (Mike) Gary held several positions at WMU, first as Bronco Football coach and later as athletic director. Gary coached two undefeated teams and outscored opponents by a combined total of 1,426 to 683.  Gary left WMU for a short time during World War II to join the Navy, but returned to WMU three years later to become associate athletic director and then athletic director in 1949. Additionally, Gary was Chairman of the Department of Physical Education, Health, and Recreation from 1952-57.  During his tenure as athletic director, WMU joined the MAC.

For nearly 60 years, committed donors and volunteers, much like Everts, have dedicated their time, talents, and resources to support Bronco athletics through the Gary Fund. To learn more about the Gary Fund, including how to get involved, please visit MyWMU.com/GaryFund.