A Difference Made | WMU Alumni Skip to main content 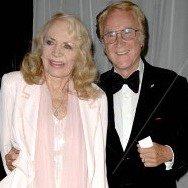 In 1936 Charles Van Riper joined the Western State Normal School faculty to found and head its Speech Pathology clinic and serve as the first department chair. During his career he became internationally known as the pioneer in the development of speech pathology. He worked with thousands of stutterers, did research and published books, articles and films on the topic.

His reputation brought a young man named James Byron Clark all the way from Monticello, Arkansas to Kalamazoo in the early 1950’s to earn an education and be cured of his stutter. Mr. Clark was an aspiring actor and his work with Van Riper changed his life. His stutter improved through many therapy sessions, which allowed him to pursue his life-long career acting off Broadway in New York City and eventually in television commercials and shows in Hollywood. Clark appeared in hundreds of ads and made guest appearances on several well-known shows like Dallas.

To show is appreciation for the difference Van Riper and his speech students made in his life, Clark made a legacy gift to endow the James Byron Clark and Eleanor Vallee fund to support the Charles Van Riper Language, Speech and Hear Sciences Clinic in perpetuity.

Clark’s wife Eleanor sadly passed away in 2015, but her life and their time together lives on through the endowment supporting the next generation of WMU students.