Alumnus Jerry Austry Has Never Been Caught on His Heels 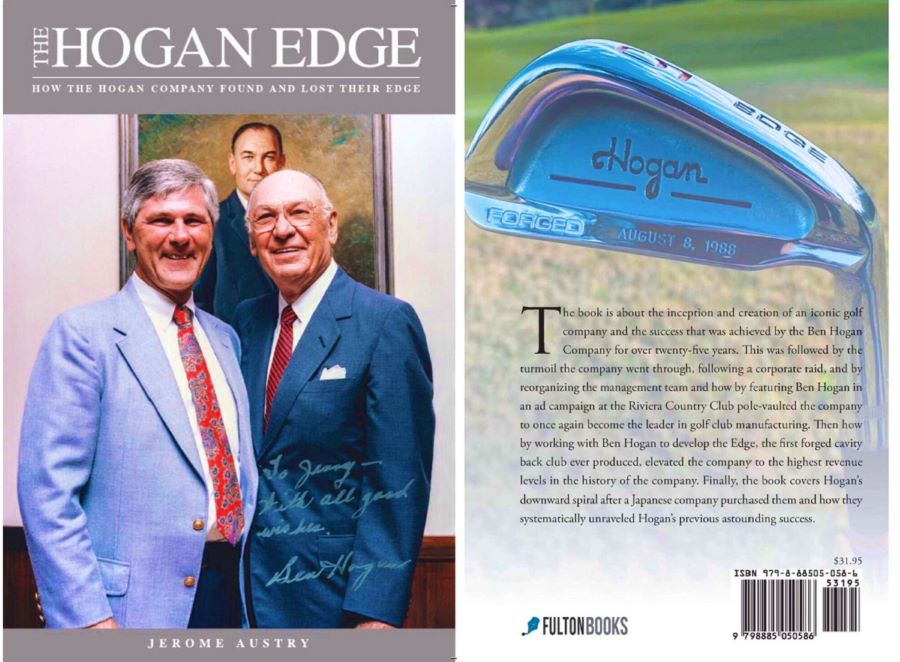 Former Bronco Baseball catcher Jerome (Jerry) Austry (B.B.A. ′64) had aspirations of going pro after graduating from Western Michigan University, but if that dream didn’t pan out, he liked the idea of becoming a manager of a manufacturing plant.

While he’d thought about coaching, the income potential for that position in the 60s wasn’t in the ballpark of what it is today. Jerry’s advice for current students at WMU reflects his grit and his refusal to let others define him.

“Don’t let anyone label who you are or dismiss what you can accomplish with hard work and perseverance,” he said. If you concentrate on the task you have in front of you, you will find once you take the first step, the next steps will be easier. Remember, a journey of a thousand miles starts with your first step.”

Between baseball and his studies, Jerry didn’t have a lot of extra time for campus life at Western. “My first year on the freshmen team, there were over 100 baseball players with at least 10 guys for each position. The freshmen team only had one game and that was played against Central Michigan,” he said. “My second year over half of the team left, so the numbers trying out for the 25 varsity positions were in the neighborhood of 40 to 50 players.”

As a sophomore, Jerry caught batting practice before the game, and after that, he’d change into another uniform and head into the bull pen to warm up the next pitcher slated to head to the mound. By the time Jerry was a senior, he was one of the regulars in the starting lineup.

“We never lost a league game, going 33 and 0 over my three years on the varsity,” he said. “In addition, we qualified to go to the College World Series in Omaha, Nebraska two out the three years I was on varsity.” 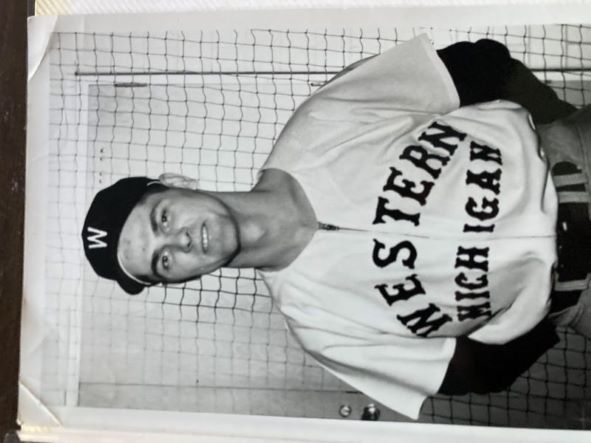 “The players I met while on the team became my lifelong friends and we keep in contact to this day,” he added.

Returning from the College World Series after playing his final game, Jerry was elected team captain. “This was such a great way to end my college baseball career,” he said.

Although not quite as sweet, he recalled another unforgettable moment: “I was reaching above my head to catch a throw at home plate, when a player form Notre Dame crashed into me, fracturing my larynx. I was carried off the field and taken to the hospital in an ambulance."

This kind of toughness and resilience would serve Jerry well post-graduation. His glory days as a baseball player may have come to a close, but his next chapter with the Ben Hogan Golf Company proved to be very successful, too… despite some unexpected curveballs.

In July of 1984, Jerry joined the Ben Hogan Golf Company as vice-president of manufacturing after serving as general manager with Walter Hagen Golf.

Considered one of the greatest golfers to ever play the game, Ben Hogan decided to sell the company that bore his name to AMF for $3.7 million in 1960. Of course, AMF included bowling equipment and alleys, but the business wing also included bicycle manufacturing, Harley-Davidson motorcycles and boat manufacturing. This lucrative sale allowed Hogan to remain chairman of the board and a club design consultant, but his title largely became ceremonial. For the rest of his life, Hogan “held no real authority in the company,” according to John Barba of MyGolfSpy.

“Our main competitor was PING and we didn’t have a club that could compete,” Jerry told MyGolfSpy. “And without that club, we were going to shrink.”

Not long after Jerry started at the company, he and the rest of the Hogan team met a man named Irwin Jacobs, nicknamed “Irv the Liquidator.” Simply put, Irwin had an infamous talent for corporate raiding, and in a heartbeat, he figured out how to purchase control of AMF. That buyout included the Ben Hogan Golf Company.

Amid the turmoil, Jerry was promoted to president. “The company was raided by Irwin Jacobs, and for the first time in the division’s history, they lost money,” he said. “I was given the task of turning the company around, as well as redesigning the product line so they could regain market share and remain the leader in selling top-brand pro golf clubs.” 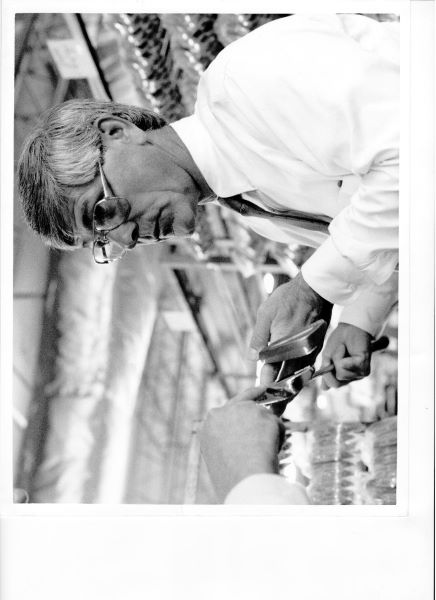 Within three years, Jerry was not only able to do just that, but also introduce the Hogan Edge, a forged cavity back iron—the first of its kind and the most successful product introduction in the company’s history. By the end of 1988, orders for the Edge topped 120,000 sets of golf clubs.

Yet even though he’d helped the Ben Hogan Golf Company have its most profitable year ever, Jerry was fired due to a supposed “new direction” the organization was about to take. Not one to sit on the bench for long, he forged ahead and started the company Head Golf. “In less than two years, we introduced a patented iron that outperformed every club in the marketplace and established Head Golf as a major player in club manufacturing,” he said.

Just this past September (2022), Jerry released a memoir entitled “The Hogan Edge,” which chronicles the ups and downs of the Ben Hogan Golf Company. (Read more about the book and how this proud WMU alum had an indelible impact at the company.)

Jerry may have bid farewell to baseball, but his legacy in the golf arena endures. Since leaving WMU, he’s enjoyed many victories in three different golf manufacturing companies. “I was able to attend the Centennial of Golf celebration in 1988. Every famous golfer who had ever influenced golf in the U.S. was there to celebrate their accomplishments,” he said. “How great was it that this poor boy from the slums of Chicago got to rub elbows with all the greatest names in golf.”

This Chicago native was also the first member of his family to attend college. 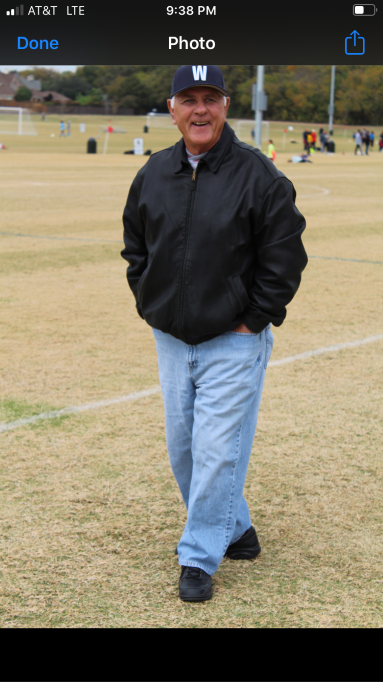 “I was from a poor working-class neighborhood and higher education was never a major emphasis,” Jerry said. “The campus at WMU was the first time I’d ever been exposed to any kind of diversity. There were students from small towns, wealthy suburbs and everything in between, and for the first time in my life, I could see how different the world was away from the inner city of Chicago.”

Bronco Baseball coach Charlie Maher scouted Jerry at a summer-league tournament in Battle Creek and then offered him financial aid to attend WMU in the fall semester. “My scholarship consisted of tuition and room,” he said, “and included a job sweeping gym floors that paid me an hourly wage. In addition, my scholarship required ushering the football and basketball games to maintain those benefits.”

Western Michigan University didn’t just give Jerry the chance to play the sport he loved; it introduced him to his future wife.

“It was love at first sight. Western was our meeting place, and my world has never been the same since that fateful first meeting at Draper Hall in 1962,” he said.

“Sharon has been by my side for the last 58 years,” Jerry continued. “We raised our three boys together, and she always has been the foundation that kept our family together, through the good times and the bad after losing one of our sons, she was there with encouragement, support or constructive criticism when it was needed to move forward.”

Do you have an alumni success story you’d like to share? We’d love to hear it! Submit your story at WMUalumni.org/YourStory.