Daniel J. May Raises the Bar on Entrepreneurship 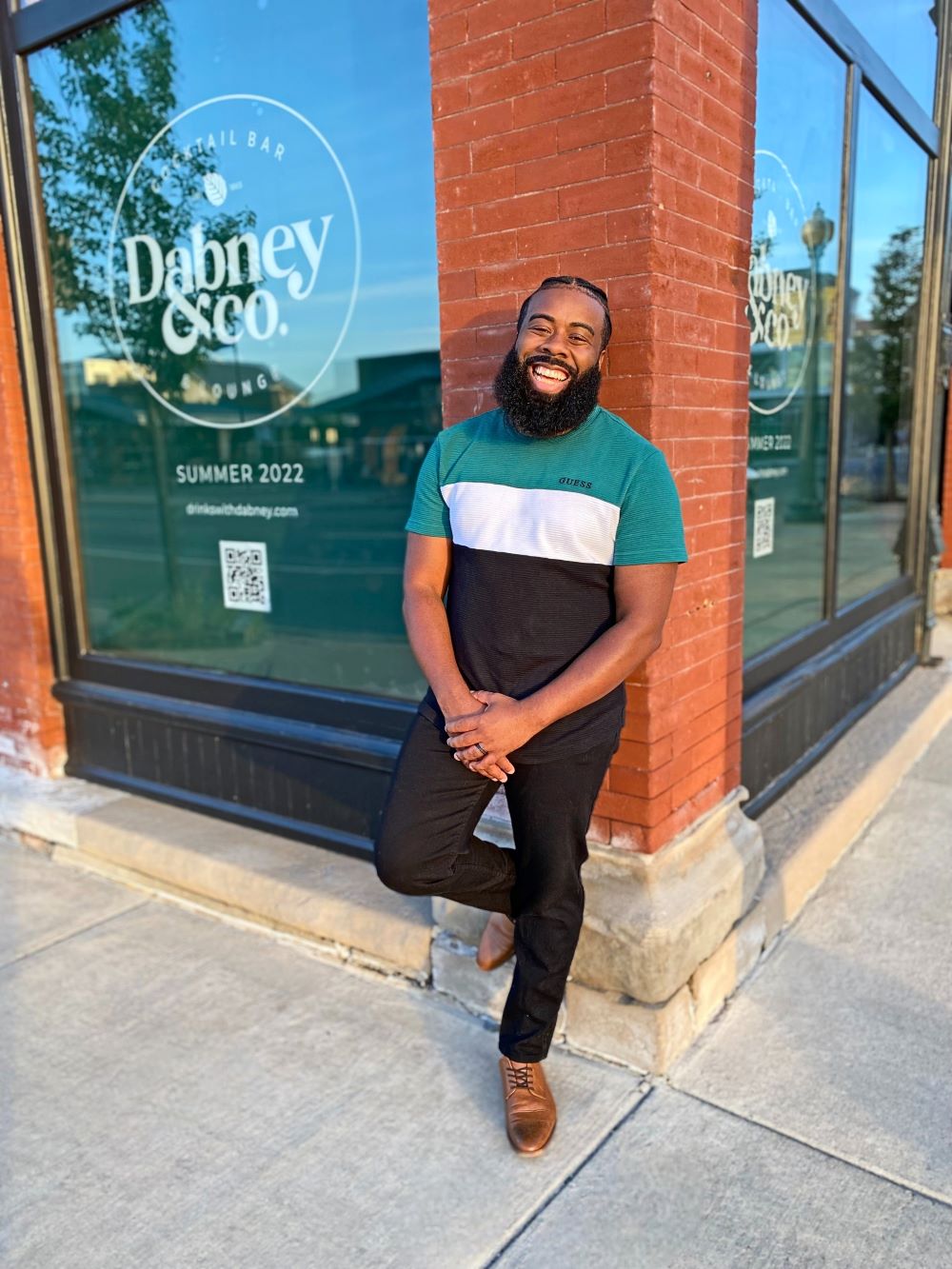 Daniel May (B.B.A. ’14, Management, Finance and Economics) had a head for business as early as elementary school, and by high school, his homemade baked goods were selling like hot cakes.

“My double-layered caramel and cream cheese brownies would sell out by 10 o’clock in the morning,” he said. Sadly (for those of us who never got to taste them), he stopped selling his brownies because he could no longer compete with the plethora of products available on the shelves.

A native of Cleveland, Daniel and his family know their way around a kitchen; most of them have worked in the food industry as chefs and cooks. His culinary skills, however, weren’t the only thing that led him to owning Dabney & Co., Daniel’s cocktail lounge and bar slated to open around the end of this summer in downtown Kalamazoo.

Western Michigan University also played a pivotal role in bringing his latest entrepreneurial venture to fruition. While he’d decided on WMU because of the proximity to Kentwood and because a close friend was also a student here, faculty like Tomika Ward, assistant dean of academic advising for Merze Tate College, helped him turn his aspirations into reality.

“Without her counseling, I wouldn’t be where I am today,” he said.

To say Daniel is hardworking is an understatement. As a full-time student, he held down three jobs to pay for his education and stay in school. The price tag for college these days is hefty though, and by Daniel’s third year, covering tuition was inching closer to out of reach.

Fortunately, Tomika, who was an academic advisor at the Haworth College of Business (HCOB) at the time, went above and beyond to find him funding sources so he could continue pursuing a bachelor’s degree in management, finance, and economics. Daniel persevered to become a Greenleaf Trust Scholar.

Established by William Johnston, chairman of Greenleaf Trust, and his wife, Ronda Stryker, the Greenleaf Trust Scholarship awards scholarships to business students studying finance or personal financial planning. Open to all students in both majors, the scholarship is geared toward those in underrepresented ethnic groups. “I was denied the first time due to my GPA,” Daniel said. “By the next semester I’d made the Dean’s List. I was the first student to reapply.”

Along with Tomika, others at HCOB supported Daniel, too, particularly faculty members behind the student business accelerator program called Starting Gate. Operated by the Haworth College Business Center for Entrepreneurship and Innovation in partnership with the WMU Office of Community Partnerships, this program gives students rich and valuable resources to develop their startup companies.

Leveraging his knack for computers, Daniel was able to launch an idea for a new smartphone app through the program. “It was great being part of that first cohort,” he said. “They helped us get resources and introduced us to investors, and I learned a lot.”

Since WMU, Daniel hasn’t slowed down or stopped thinking big either. After spearheading a Juneteenth bar crawl in 2018, he realized Kalamazoo needed an entertainment space that was more diverse and accommodating to people of color. From there, he developed Public Skool, an experience management company specializing in creating events, marketing and consulting that emphasize inclusivity. A couple of the company’s signature events have included an annual Juneteenth Freedom Dinner to raise money for the National Bailout Collective and AfroFest, a celebration of Black beauty, identity, and culture at the Kalamazoo Institute of Arts.

“I decided to create the events I wanted to see in this city,” Daniel said in an interview with Southwest Michigan’s Second Wave. “That became my goal instead of waiting for it to happen.”

Next came Dabney & Co., the career accomplishment he’s most proud of to date. “It started as an idea on a piece of paper four years ago,” he said. “People said it would never work, that the market and the city are too small, yet here we are. This establishment is going to offer a new breadth of food and entertainment. It’s going to breathe new life into the city and that brings me a lot of joy.”

Located at the corner of Rose St. and Kalamazoo Ave. (in the former Civil House Coffee space), Dabney & Co. pays homage to pioneering Black mixologists, and will feature craft cocktails, live soul, disco and funk music on the weekends, and soul food classics served in tapas form. Daniel named the bar in honor of John Dabney. 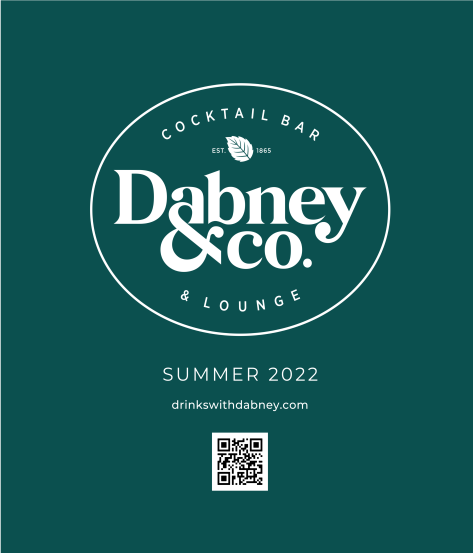 “John Dabney was an enslaved individual who was known for his take on the Mint Julep,” he recently told NowKalamazoo. “His owner at the time lent him out to the local hotels and restaurants. During that time period the only money that you could keep was tip money. He worked his way up from the kitchen to the bar and made so much money off of his take on cocktails and everything else that he was able to buy his freedom and that of his wife.”

Aptly, the motto for Dabney & Co. is “Liberation Through Spirits.” The hope is that everyone who comes there will not only have a great time, but will feel welcome and embraced, too. “It’s a place for diversity and inclusion,” Daniel said, “and it’s also a place for business professionals.”

Open five days a week, Dabney & Co. will offer event space that businesses can rent out during the day for meetings, luncheons, or other functions. “People will have the opportunity to have a meeting and a great cocktail at the same time,” he said.

Now in his early 30s, Daniel said he understands that the ability to truly lead stems from having greater life experience. He encourages current Broncos to find their passion and stick with it. “My father once told me that if you’re an entrepreneur and don’t have an answer to what you’d do with $100,000, then you haven’t done your homework,” he said. “Entrepreneurship is a lifelong journey.”

“There will be highs and lows,” Daniel added, “but you have to trust there will be a light at the end of the tunnel.”

You can read more about Daniel May and Dabney & Co. at NowKalamazoo.com.