Leah Latumaerissa brings her culture and history to life 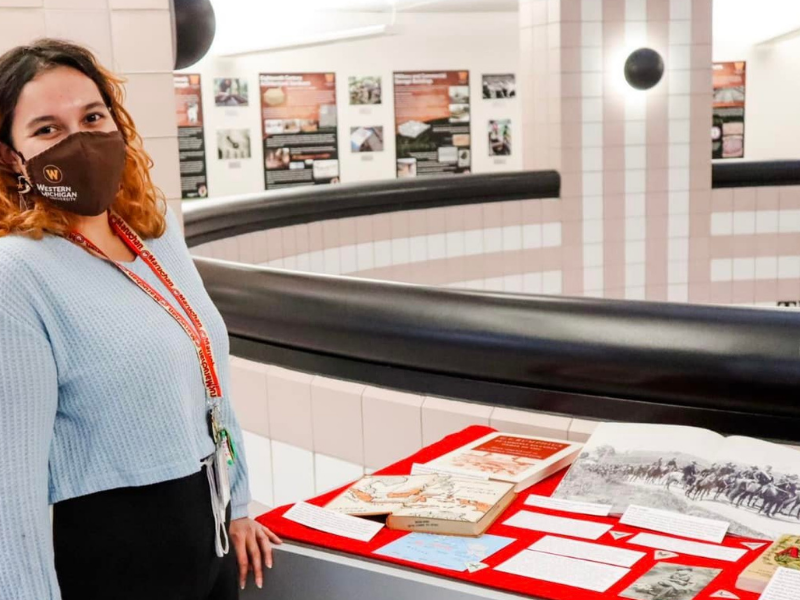 While most of us probably haven’t heard of the Moluccan people, one Bronco is changing that.

Leah Latumaerissa is bringing her culture and history to life, thanks in part to scholarship support she received through Western Michigan University Libraries. Along with supporting her academic journey, the scholarship also recognizes this anthropology major’s impact on the experiences of WMU library patrons.

“Our student employees are a critical part of our library team,” said Julie Garrison, dean of University Libraries. “Working at the Libraries helps students gain knowledge and work experience in a professional environment. This scholarship is just one way we recognize them as students and their outstanding contributions and impact on our mission.”

Leah, who is president of the Nunusaku Student Association at WMU, created an exhibit in Waldo Library on Dutch colonialism and a tribute to her great-grandfather. The topic is also a research interest for her honors thesis on post-colonialism in Moluccan and Dutch society in the Netherlands. 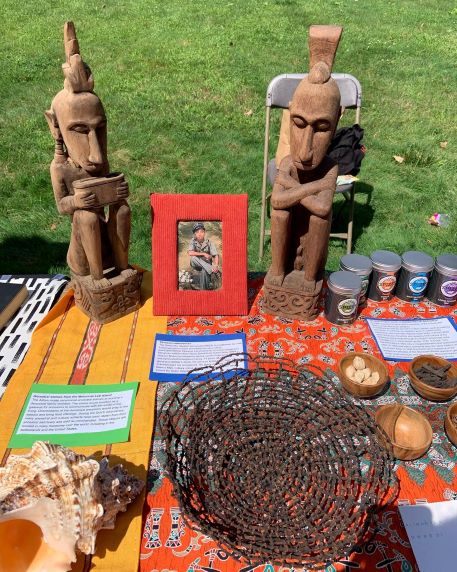 "My cultural heritage and cultural background have inspired me to create an exhibit on Dutch colonialism in the East Indies (present-day Indonesia) as I am of both Moluccan and Dutch descent," she said.

Leah used many items from her private collection, including antique books and family photos, to create the exhibit. "The exhibit includes a tribute to my great-grandfather Ekliopas Latumaerissa as he was one of the indigenous Moluccan KNIL soldiers that unrightfully demobilized during his arrival in the Netherlands," she said. "To this day, 70 years after his arrival and 13 years after his death, his services to the Dutch Kingdom have still not been recognized nor acknowledged. Unfortunately, this is the case for most of the former Moluccan KNIL soldiers who have long passed since their arrival in the Netherlands.”

After graduating from WMU, Leah plans to continue her research on the Moluccan people while pursuing a master's in cultural anthropology.

"It is an honor that my personal cultural heritage is recognized by WMU Libraries,” she said. "I am greatly appreciative of how the mini-exhibit has been received as it allows for the amplification of the voices of my ancestors and my family.”