The Migration of Jonathan Miller - A Southwestern Journey to Success 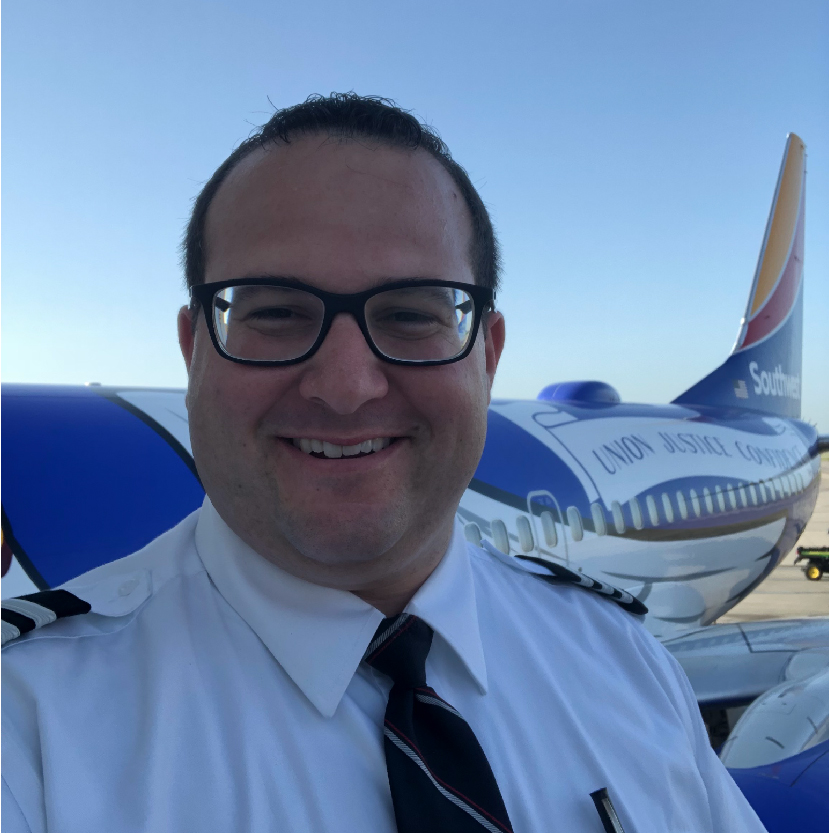 Commuting to a job is a reality for many American employees, but only a pilot would agree to an Orlando-to-Billings junket to get to work.

That's what Jonathan Miller did as part of reaching his goal to become a commercial pilot.

Timing is said to be everything, but that dimension wasn't working at all for Miller when he graduated from the Western Michigan University College of Aviation with degree in aviation flight science in 2008.

Take yourself back to that place in time. President Barack Obama inherited an economic environment that financial historians rate as being on the cusp of repeating The Great Depression.

Symbolic of that was the airline industry, which is normally in the upper stratosphere of opportunity when it comes to job placement.

Miller, who hails from Barrington, Ill., and attended a high school in nearby Palatine, vividly remembers his fate.

"After graduating from Western," he says, "the economic recession hit really hard and there were no flying jobs available. Heck, it was a challenge finding employment in any field."

An applicable metaphor for the airline industry is a roller coaster. The uphill climb toward economic sustainability and growth can be slow, long and seemingly perpetual. That's not when Miller got into the game -- the financial crisis sent aviation in particular into a headfirst -- and really fast -- dive toward destination unknown. Fortunately, like in a roller coaster, there came a time to go up once again.

Now a first officer for Southwest Airlines, Miller didn't actually fly for almost two years after posting his WMU diploma on the wall of his domicile. While on that path, he took another backward step. Two weeks before what was basically a job-interview flight, he broke an ankle, which also put his piloting career on hold.

Shelving temporarily his dream of actually flying the friendly skies of Earth, Miller did find a job in the industry as a crew scheduler at AirTran Airways. Until December of 2011, his paychecks were signed by AirTran, a low-cost airline formed in 1993 under another name. Headquartered in Orlando, it was phased out when purchased in 2011 by Southwest, his current employer.

He prepped for his Southwest uniform by finally doing what he was trained for at Western -- from December of 2011 to June of 2017, he served as a first officer and captain for Silver Airways that is based in Fort Lauderdale. Silver features 100 daily flights from Florida ports to the Bahamas.

"Flying in and around Florida and the Bahamas," he says about piloting Saab 340s and Beechcraft 190s, "created great memories and provided valued experience," especially in the summer when thunderstorms are a daily event in that part of the world.

AirTran duties as a crew scheduler, he says, added value to his resume. That was about as challenging a task as can be, he says. "I believe it was the best learning experience of my aviation career."

His stint with Silver added the Billings chapter to his story. Because of Silver's interline agreements with most of the major airlines, he sometimes found himself based in one of Montana's few "large" cities.

When it comes to a career in aviation, Miller qualifies as kind of a legacy, much like when fraternities are almost required to pledge the offspring of past members.

"My parents both worked at Eastern Air Lines in the 1970s and 1980s," he says. "I loved hearing the stories of how an airline operated on a day-to-day basis."

Eastern, which functioned from 1926 to 1991, had a few stories of its own to tell. One of the Big Four during its heyday, Eastern had the distinction of being headed by World War I flying ace Eddie Rickenbacker and later by retired astronaut and lunar visitor Frank Borman.

"I loved watching airplanes take off and land," Miller says, "but. strange as it may seem, I had a slight fear of flying up until I was 15. On my 15th birthday, my dad bought me a flying lesson and I fell in love with it instantly."

That passion eventually lured him to Kalamazoo where he encountered "fantastic" faculty members, flight instructors and College of Aviation staff members. Tailgating at Bronco football games and visits to the watering hole know as Waldo's Tavern with friends remain at the top of Miller's memory totem.

"Flying my solo, long cross-country to Muscatine, Iowa," he remembers, included a landing at Schaumberg Airport near Chicago where he shared a luncheon date with his mother. That was another personal highlight.

Miller has never lost his zest for what he does. "I get to fly airplanes for a living for the best airline company in the world. What can be better than that? Plus, basically, I am still a student. As a professional pilot, I must constantly study. learn new information and become acquainted with the latest materials and technology. That's part of the Southwest culture."

All of which he hopes will someday elevate him to the status of captain for Southwest Airlines. While at Silver Airways, he took part in recruiting and he'd like to do that for Southwest as well.

Miller is also cognizant of what could happen again -- a repeat of 2008.

"What makes aviation challenging." he says, "is that it can be a stable industry one day and not the next. My advice to those who come after me -- and even those pursuing other career fields -- is to make a plan for the future and don't be surprised if it doesn't go as planned." In other words, be flexible and adjustable.

Miller believes it is "extremely" important for those in the business to give back to the aviation community because of the "roller-coaster" effect. He says that in the early days of the aviation industry, "people were amazed by it and now they take it for granted. Up until about five years ago, the industry faced all kinds of economic turbulence for about 25 years.

"Airlines went bankrupts, pilots were furloughed, and pay-cuts were a daily occurrence," he says, causing a decreasing interest in young people wanting to become pilots or join other aspects of the industry. "Today, it is our job to educate and support the industry because it is now on the rebound like never seen before. In fact, the industry is short of pilots, aircraft and ideas, all of which are needed to help it grow."

Which is why the WMU College of Aviation exists.