Mrs. Creason was among the first eighty women pilots in the country to earn an Airline Transport Rating from the Federal Aviation Administration. During her career, she has been a pilot, instructor, educator, business owner and safety promoter.

From 1977 to 1989, she held several positions with the Michigan Bureau of Aeronautics, including assistant deputy director. The recipient of an FAA award for excellence in aviation education, she was enshrined in the Michigan Aviation Hall of Fame in 1985.

Mr. Smith, a collegiate All-American, was a scout for the New York Islanders for two years, before joining the Detroit Red Wings in 1982. In 1989, he was named general manager of the New York Rangers and three years later became the hockey team's ninth president.

Under his leadership, the Rangers twice had the best overall record in the National Hockey League and won the Stanley Cup, in 1994.

A member of the WMU Athletic Hall of Fame, he was named NHL Executive of the Year in 1992 by The Sporting News. 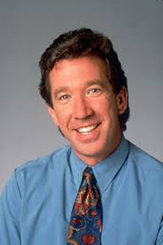 Mr. Allen began his career as a stand-up comedian. His comedy routine was the basis for the long-running, top-rated television show “Home Improvement.” As star of the show, he received several Emmy nominations. He also starred in several motion pictures. His first book, “Don’t Stand Too Close to a Naked Man,” held top position on the New York Times bestseller list. He is the recipient of many honors, including the People’s Choice and Golden Globe awards.