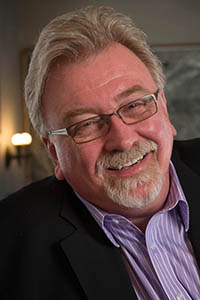 Daniel J. Martin, BA ’76, of Pittsburgh is Dean of the College of Fine Arts at Carnegie Mellon University. Martin joined the faculty at Carnegie Mellon in 1992. In his current position, he leads the college, which consists of five schools (Architecture, Art, Design, Drama and Music), eight degree programs, six research centers, 160 faculty and 1,300 students. Martin was also responsible for founding the Center for Art Management and Technology at the University. Highlighting his long list of accomplishments are a visiting professorship at Bologna University in Italy and at the University of Montreal in Quebec, and as a guest lecturer at the University of Barcelona.

Martin has visited WMU’s campus on many occasions as a guest artist, providing workshops, seminars, and guest lectures for current students. The author of numerous reports, magazine and journal articles on arts management, Martin spent his early career in not-for-profit professional and educational theatre. He holds a Masters of Fine Arts in Performing Arts Management at City University of New York, and a Bachelor of Arts in Theatre from WMU. 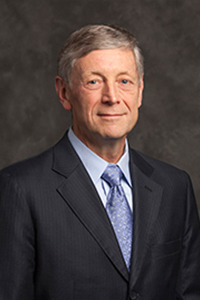 Donald G. Southwell, BA ’73, of Wayne, Ill., is currently chairman of the board of Kemper Corp. (former Unitrin), one of the nation’s leading financial services providers specializing in insurance for families and small businesses. He has been the director of the company since 2002, has served as Chairman of the Board since 2010, and has served as President and CEO since 2006. Southwell previously served as President of Prudential Insurance & Financial Services and Chairman of the Prudential Property and Casualty Company.

In 2009, Southwell received the Department of Mathematics Outstanding Alumni Award. He has been a member of the WMU President’s Society, a Fellow of the Society of Actuaries, a Chartered Life Underwriter, and a Chartered Property and Casualty Underwriter. He is also a loyal supporter of the Grand Traverse Regional Land Conservancy. Southwell holds a Bachelor of Art in Mathematics from WMU and was a member of the Lee Honors College. 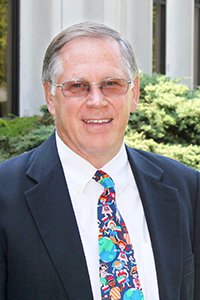 Wendell L. Christoff, BS '68, is the President and CEO of Litehouse Inc., a producer of salad dressing and sauces, and a top l00 privately held company as listed by Entrepreneur Magazine. After graduating from WMU, Christoff joined the U.S. Air Force and was a pilot during the Vietnam War.

Today, he is known as a humanitarian and has received the select honor of the Rotary International Award. As part of his humanitarian efforts, Christoff is the founder and current President of SafeWater Team, a non-profit organization that produces water filtration devices and improves access to clean drinking water in places like Haiti, the Dominican Republic, and other developing nations. In 2001, he received the Haworth College of Business Outstanding Food and CPG Marketing Alumni Award. A scholarship for the Food and Consumer Package Goods program has been established through Litehouse, Inc. Christoff holds a Bachelor of Science in Business Administration from WMU.