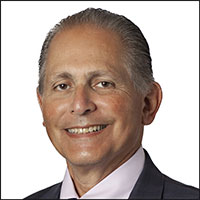 James P. Brady is a past U.S. Attorney appointed by the President and currently the Office Managing Member of Dykema Grand Rapids. Mr. Brady is also former leader of the firm’s national White Collar Criminal Defense and Internal Investigations division.

Mr. Brady graduated from WMU in 1966 with a Bachelor of Science in Political Science and immediately continued his education at Notre Dame, where he received his Juris Doctor in 1969. Early in his legal career, U.S. President Jimmy Carter appointed Mr. Brady U.S. Attorney for the Western Judicial District of Michigan. He served in this role from 1977-81 and was responsible for prosecuting white collar criminal matters involving fraud, embezzlement, grand jury investigations, money laundering, and counterfeiting. In 1981, Mr. Brady joined the Miller Johnson law firm and later became Chair of Criminal Law Group.

In 1987, Mr. Brady was appointed to the WMU Board of Trustees by then Michigan Governor, Jim Blanchard, and served with distinction through one of WMU’s greatest periods of growth. He is a member of the WMU Foundation Board of Directors and has served as the board chair, as well as chair of its Committee on Directors.

In 2008, Mr. Brady was honored by the Catholic Lawyers Association of Western Michigan with a St. Thomas More Award. This tribute, named for the patron saint of lawyers, exemplifies the qualities of the namesake and recognizes the recipient for high ethical standards, spiritual growth and fellowship, and attentiveness to legal and societal issues that affect morality, justice, and faith. In 2009, Mr. Brady received the Donald R. Worsfold Distinguished Service Award from the Grand Rapids Bar Association. In the same year, he was recognized by Michigan Lawyers Weekly as a “Leader in the Law.”

Additionally, he was recognized in “Michigan Super Lawyers” for Criminal Defense and Civil Litigation Defense from 2006 through 2014, is listed in ‘Who’s Who in America,’ and is recognized in “The Best Layers in America”® 2003-15 for multiple practice areas.

In 2010, Mr. Brady was chosen to lead the expansion of Dykema’s regional presence and bolster its white collar defense practice. Dykema is a leading national law firm with 16 offices and a practice focused on serving Fortune 1000 companies and institutions on a wide variety of business issues.

He is active in many professional associations including the Michigan State Bar Foundation, where is a fellow; the American Inns of Court; American Trial Lawyers Association; National Association of Former U.S. Attorneys; Federal Bar Association; State Bar of Michigan; and the Grand Rapids Bar Association. Mr. Brady is a former adjunct professor at the Thomas M. Cooley Law School, and he has lectured for the National Trial Lawyers Association, the University of Michigan Law School, and the Institute of Continuing Legal Education.

Mr. Brady and his wife, Cathy, reside in Grand Rapids, Mich. and are members of WMU’s Lifetime Giving Society, Consecutive Giving Society, and President’s Society. Cathy holds a Master’s of Social Work degree from WMU, and their son, Michael, holds a Bachelor of Arts degree from the College of Arts and Sciences. In 2001, the couple was named Medallion Scholarship honorees in recognition of their contributions to the University. 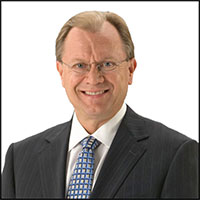 Thomas P. Englert is the past CEO of Discount Tire Company, Inc., the world’s largest tire and wheel retailer operating more than 900 stores in 28 states across the country.

As a student at WMU, Mr. Englert began working as an assistant store manager for a Discount Tire in Kalamazoo near WMU’s campus. On his second day of employment, he met Bruce Halle, the founder, who became a mentor and friend. Mr. Englert graduated from WMU in 1974 with a Bachelor of Arts degree in communication and remained at Discount Tire. He advanced with several promotions before moving west with the company to Scottsdale, Arizona in 1981.

Three decades after joining Discount Tire, in 2004, Mr. Englert left his position as executive vice president overseeing supply chain and purchasing for the company, and was named the CEO. He helped to expand the company from 23 to 900 stores, and as CEO grew annual sales from $1.8 to $4.3 billion while quadrupling profits. Five years after taking the reins, in 2009, Discount Tire took top honors as the largest private company in Arizona.

One year later, in 2010, the Arizona Corporate Excellence Award recognized Discount Tire as one of the 25 fastest growing companies in the state. In May 2011, Mr. Englert was named one of the 25 most admired CEOs in the Phoenix area by the “Phoenix Business Journal.” In 2014, The Arizona Business Leadership Association selected Discount Tire to receive their annual Leadership Award.

In January, 2015, Mr. Englert stepped down from his position of CEO but remains an advisor and member of the board of directors. According to “Forbes Magazine,” as of 2015, Discount Tire is the 118th largest privately held U.S. Company.

Mr. Englert has said that leading the company was a humbling experience and that it allowed him to travel the country, meeting store managers and employees who he calls the driving force of the success of Discount Tire.

Today, Mr. Englert and his wife, Cindy, live in Paradise Valley, Arizona. Mr. Englert serves as president of the Cheney Ranch Estates Homeowners Association, and Cindy is an artist who specializes in oil painting. The couple confirmed their commitment to WMU by becoming Life members of the WMU Alumni Association.

As a student at Western Michigan University, Mr. Englert was affiliated with the Phi Sigma Kappa fraternity and was influenced by former communication professor Dr. Jules Rossman