Valley I: The Names Behind The Buildings | WMU Alumni Skip to main content

Valley I: The Names Behind The Buildings 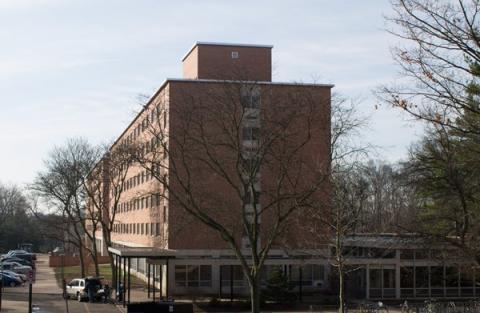 Originally known as North Valley Residence Unit #1, this set of buildings was renamed Valley I in 1965 when the entire area was dedicated in honor of former Physical Plant Director John Goldsworth.

Valley I, consisting of Britton/Hadley and Ackley/Shilling Halls, opened in 1963 as the first of three similar units. Since then, thousands of students have called these halls home for a year, or perhaps more. But who were Britton, Hadley, Ackley, and Shilling?

Leoti C. Britton was a professor in the music department. The 2012 Perfect Pitch Magazine, published by the WMU School of Music, notes “…the formidable years from 1930 to 1945 were spearheaded by the tireless service of just six full time faculty members: Harper C. Maybee, H. Glenn Henderson, Leoti C. Britton, Dorothea Sage Snyder, George Amos, and Mary P. Doty. Their good work was continued by the next generation of dedicated faculty members hired soon after the world emerged, yet again, from global warfare.”

Argabright, who called Hadley “Theo,” recalled her crusade to plant a victory garden on campus during World War I, “With but little cooperation, she carried the project through to harvest time.”

She held a high standard of her students, but was highly respected by them. She was a women’s suffragist, and played a key role in Western’s acceptance into the American Association of University Women. She helped found the Kalamazoo Symphony Orchestra and played in the string section for more than 20 years.

Hadley also once started a garden where Spindler Hall now stands, to teach students about the science of gardening. “To mark the entrance to the garden, she planted two red cedar trees and placed a swinging gate with the inscription ‘A Thing of Beauty Is a Joy Forever.” As long as she was on faculty, nature study classes were listed in the course catalog.

Hadley was also known as a generous person, as Argabright recalls a time when she advocated for a young man in trouble. She found friends to finance the young man’s education, so long as Hadley reported on his progress each semester. Years later, the young man ended up becoming the head of a science department at a large university.

Finally, Hadley also left a significant mark on Kleinstuck Preserve. “When the Michigan Department of Conservation would not approve the area as a wild life sanctuary without more ground cover, Theo and the students met the crisis by transplanting more than a hundred shrubs from friends’ gardens. This is why you find privet, barberry, high bush cranberry, and honeysuckle growing here.”

Today, Britton and Hadley Halls are both part of the Education and Development Community. Mug Shots, a campus coffeehouse, is also located here. 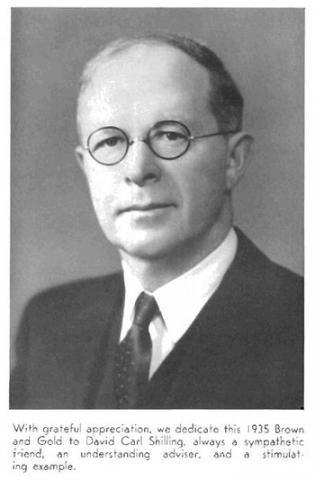 Hugh Ackley was a professor of mathematics at WMU from 1921 through 1946.

Today, Ackley Hall is home to the Sustainability Community, which supports exploration of WMU’s green scene and promotes a sustainable lifestyle.

David C. Shilling was a political science professor. In 1935, students dedicated that year’s Brown and Gold Yearbook to him, with the inscription, “With grateful appreciation, we dedicate this 1935 Brown and Gold to David Carl Shilling, always a sympathetic friend, an understanding adviser, and a stimulating example.”

Today, Shilling Hall accommodates transfer students in single rooms that are offered at a discounted rate during their first academic year at WMU.

Valley II: The Names Behind the Buildings

Valley III: The Names Behind the Buildings