Valley III: The Names Behind The Buildings | WMU Alumni Skip to main content

Valley III: The Names Behind The Buildings 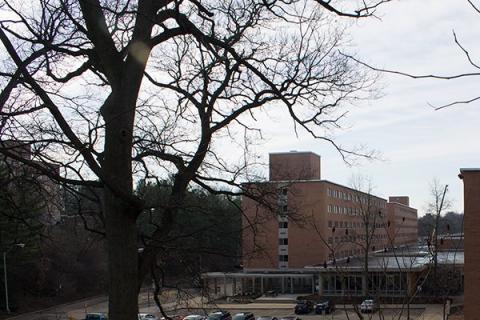 Originally known as North Valley Residence Unit #3, this set of buildings was renamed Valley III in 1965 when the entire area was dedicated in honor of former Physical Plant Director John Goldsworth.

Valley III, consisting of Harrison/Stinson and Eldridge/Fox Residence Halls, opened in 1965 as the last of three similar units. Since then, thousands of students have called these halls home for a year, or perhaps more. But who were Harrison, Stinson, Eldridge, and Fox? 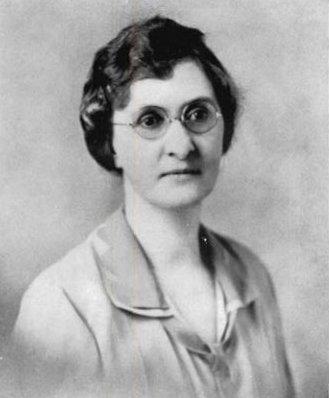 Lucia Harrison was a longtime geography instructor at WMU and is featured widely in articles and texts about geographical study. She taught at WMU from roughly 1909 to 1943. The WMU Department of Geography website says “President Dwight Waldo recruited Professor Leslie Wood, an outstanding physical geographer, to come to WMU. Wood, in turn, recruited Professor Lucia Harrison, who was one of the outstanding minds in North American geography. Harrison encouraged her colleagues and her students to excel in their studies. Wood and Harrison formed a powerhouse of intellectual insight into the evolving field of geography at that time.”

In the 1915 Kalamazoo Normal Record, Harrison submitted some text encourage students to join the Geography Club, “Thus far this year we have journeyed with Mr. Greenwall among the Danes, Norwegians and Swedes, have learned from Dr. Burnham how to make a trip to the West a potent factor in socializing ourselves, and have been rescued by Mr. Petrie from any prospective investment in western agricultural lands while enthused by him with the desire to visit them ourselves.”

It is said that in the 20s she conducted research in Mexico, riding a mule in the Sierra Madre. In Larry Massie’s “Brown and Golden Memories,” it was noted that once in the 20s, when female students were forbidden to have ‘bobbed’ hair, a young woman confided in Harrison by pulling off her cap to expose her new haircut. Harrison thought it was beautiful, but encouraged the teacher-to-be to interview without a hat, so a superintendent would know he was hiring a teacher with bobbed hair. Harrison was later reprimanded by the school for condoning the offending haircut. Other sources call her a feminist who fought to get women equal footing on campus. When a club was formed excluding women, she formed her own similar club specifically for women; when a campus bulletin listed only men as public speakers, she led a counter movement.

Bess L. Stinson wrote frequently throughout her career about teacher education and preparation, particularly in the 30s and 40s. At Western, she served as a professor of education and training school supervisor.

Today, the Bess L. Stinson scholarship awards students in the College of Education and Human Development.

Robert Eldridge was a chemistry professor at Western.

According to the 1968 Western Michigan University Magazine, “When Dr. McCracken took a leave of absence' in the 1920-21 school year, to teach at Columbia University. Rood took over the teaching of all chemistry. The following year, Dr. McCracken served as acting president during the absence of President Waldo, and Robert Eldridge, a Kalamazoo College graduate was engaged to handle most of the chemistry classes.”

John B. Fox became head of the physics department around 1913.

“The humble beginning of the Chemistry Department is illustrated by the fact that the 1904 faculty consisted L. H. Wood, E. N. North and an assistant who were charged with the teaching of all basic elementary areas of natural science. The faculty was increased in 1906 when John Fox was added as a teacher of mathematics and to help with the teaching of physical science,” an article from the 1968 WMU Magazine explains.

According to the WMU Department of Mathematics website, “In the fall of 1906 John Fox joined the faculty as a mathematics instructor, but in 1908 he switched to teaching physics classes, which he did for the rest of his career at the institution.”

Eldridge and Fox Halls were dedicated in 1966. Today, they are home to the engineering house and will be home to two honors communities beginning in the fall of 2016. Eldridge/ Fox has a computer lab and student success center with tutoring services to support students.

Valley I: The Names Behind the Buildings

Valley II: The Names Behind the Buildings